What is 1 Samuel about? 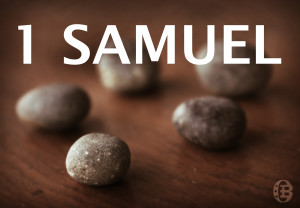 Israel has not heard from God in decades. The priests are corrupt. The nearby nations threaten the land’s safety. Even Eli, the high priest and judge of Israel, is not faithfully serving God and the people. Israel needs more than a judge. Israel needs to hear from God again. Israel needs a prophet.

So God gives them Samuel.

Samuel serves the people as a prophet and judge. He speaks the word of the Lord to the people, and teaches them how to live as the people of God. But when Samuel grows old and Israel’s enemies attack, the people demand that Samuel appoint a king. Samuel advises the people to trust in God and not in human leadership, but the people do not listen–they are determined to have a king rule over them and deliver them from the enemy.

So God gives them Saul.

Saul is a foolish, selfish, cowardly king. He ignores the word of the Lord and craves the approval of men. He disobeys God several times, oversteps his duties, and puts the people at odds with God and each other. King Saul does not keep the Law of Moses, and does not direct the Israelites to live as God’s holy people.

So God gives them David.

David is a “man after [God’s] own heart” (1 Sa 13:14). He’s a skilled warrior, musician, and leader of men—a man who trusts in God and encourages his countrymen to act like God’s people. David’s famous defeat of Goliath makes him a popular, famous figure in Israel. Saul fears that David will seize his kingdom eventually, and spends the rest of his life hunting David down.

Only fear the LORD and serve Him in truth with all your heart; for consider what great things He has done for you. But if you still do wickedly, both you and your king will be swept away. (1 Sa 12:24–25) 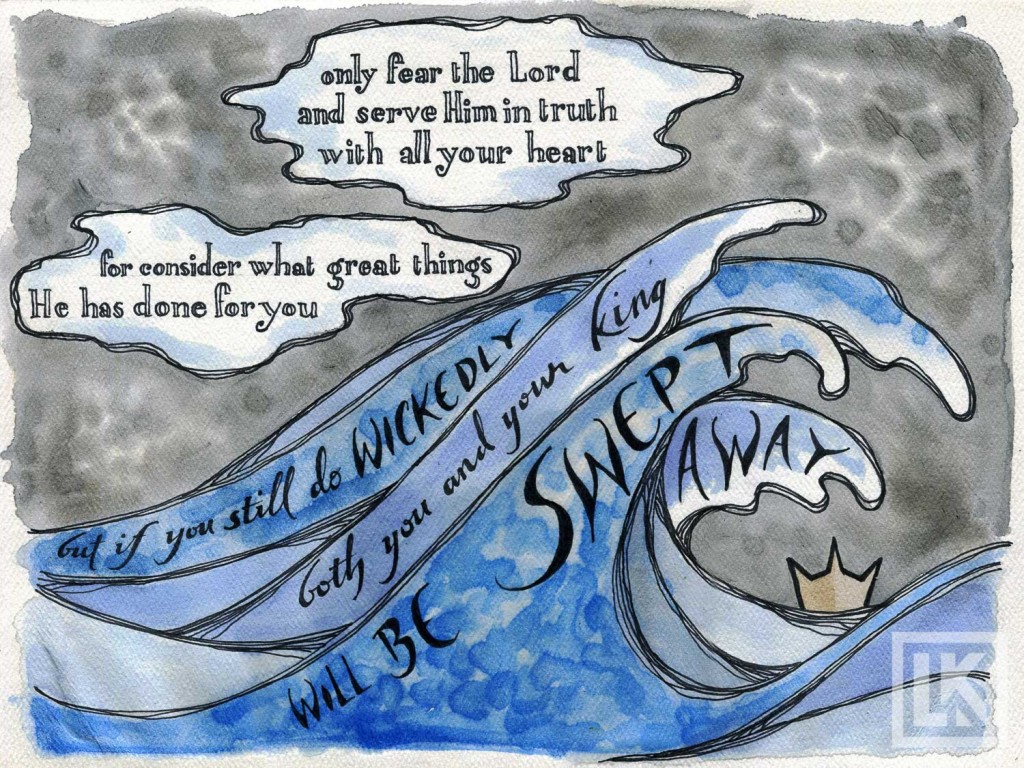 1 Samuel’s role in the Bible 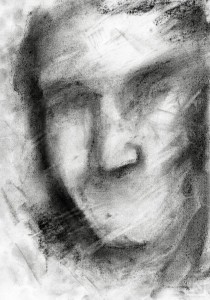 No one knows who wrote 1 Samuel.

First Samuel marks a great turning point in Israel’s history: Israel transitions from theocracy to monarchy. Instead of crying to God for help—which worked before (Jdg 3:9, 15)—Israel demands that Samuel appoint a king. At first, they are saddled with the ungodly Saul, but God raises up another to deliver and lead His people.

It is in 1 Samuel that we first see an example of Messiah (God-anointed royalty). Saul and David are anointed by God to lead and deliver Israel. Jesus, a descendant of David (Mt 1:1), is the true Messiah anointed by God to rule over all (Php 2:10–11) and save the lost (Ac 13:38).

The books of 1 and 2 Samuel are really one story: God finds a man after His own heart to lead His people. These two books were not originally divided, and so Second Samuel begins with David hearing the news of Saul’s death.