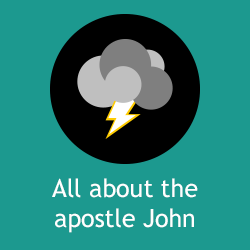 You’ve already seen the infographic on his older brother: now let’s get a closer look at the apostle John.

John is one of those characters you hear from a lot in the Bible—he’s traditionally credited  for writing five books of the New Testament. We know a good deal about what he witnessed, but how much do we know about what he did?

Here’s an infographic that breaks it down. (You might also want to check out the infographic on his brother James, too.)

Share these facts about the apostle John on your site:

Those (and even more) facts about St. John the apostle

Want to meet more of the apostles? Click here.

I’d love to send you more Bible-study material like this every week. Just sign up below and we’ll get started!