Isaiah was right. Jeremiah was right. Habakkuk was right. The Babylonians had attacked Jerusalem and carried off many Jewish captives. One of them was a young man named Daniel.

Daniel quickly distinguishes himself from the men of Babylon. He is loyal to his God. He is wise beyond his years. He can even interpret visions and dreams—accurately. Daniel’s gifts are from the God of Israel, and the young man becomes a living testimony to his God in a strange land.

Daniel also has vivid, symbolic visions about the future of Israel, world kingdoms, and the kingdom of God—exposing us to some of God’s long-term plan for the world.

The book of Daniel is about how God shows His everlasting wisdom, power, and faithfulness through one of Israel’s greatest prophets.

Daniel can be neatly divided into two parts. The first half is primarily narrative, and concerns Daniel’s life in Babylon under foreign kings. The second half is mostly a record of Daniel’s visions concerning Israel and world empires. There are many interesting similarities and contrasts between the two halves:

Although Daniel is rich with prophetic visions, the book is better known for its narrative passages in the first half. Many of the stories from Daniel’s narrative sections are taught to children, and several English idioms are references to this book:

The book of Daniel is a compelling record of God’s wisdom and sovereignty, and it’s a key book to study if you’re interested in biblical prophecy.

“It is He who changes the times and the epochs;
He removes kings and establishes kings;
He gives wisdom to wise men
And knowledge to men of understanding.” (Dan 2:21) 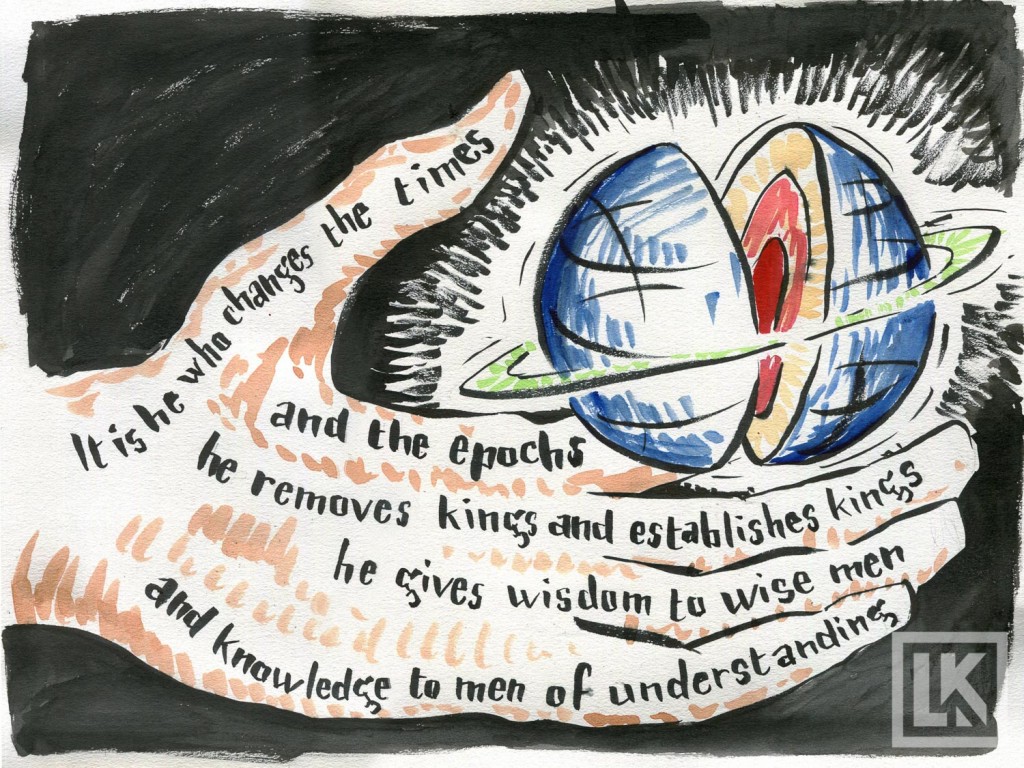 Daniel’s role in the Bible

Daniel is the last of the major prophets (the others are Isaiah, Jeremiah, and Ezekiel), and he was a captive of Judah.

The book of Daniel plays several roles in the Bible. Daniel’s life serves as an example of godly integrity. His visions paint a prophetic landscape for Daniel’s contemporaries. Jesus Christ references Daniel when He describes the future to his apostles (Mt 24:15).

Daniel’s role is unique in that its intended audience is not necessarily Jewish. The book was written in two languages, and Daniel’s ministry seems more weighted toward supporting the government in Babylon than leading the Jewish community.

Another interesting thing to note: Daniel is one of the few OT books that explicitly references a bodily resurrection. In Daniel’s last vision, an angel tells him, “Many of those who sleep in the dust of the ground will awake, these to everlasting life, but the others to disgrace and everlasting contempt” (Dan 12:2). The angel even promises Daniel’s resurrection in the end (Dan 12:13).