After spending 70 years as captives in Babylon, the Jews were allowed to return to Jerusalem. The Persian emperor Cyrus issued a decree:  the Jews were to rebuild the temple of the Lord. Zerubbabel, who was of the royal line of David, led the Jews back home.

They made some progress, too. They set up a new altar (Ezr 3:3), and they even laid the foundations of the new building (Ezr 3:11). But when the surrounding nations interfered, the temple construction stopped (Ezr 4:24). The Jews built their own houses, worked their fields, and let the Temple lie in shambles.

But their lives were in shambles, too. There was little food, little wine, little clothing, little rain, and little money (Hag 1:6, 10).

At this time, a new prophet named Haggai speaks up: “Consider your ways!”

Because the people have ignored God’s temple, God has withheld rain, food, and prosperity. The solution? Get back to work on the temple!

Zerubbabel and the people do so, and Haggai responds to their obedience with four more brief messages from God:

The book of Haggai begins as a wake-up call to the Jews who had neglected the temple, but it ends with an example of how God delights in His children’s obedience.

Thus says the LORD of hosts, “Consider your ways! Go up to the mountains, bring wood and rebuild the temple, that I may be pleased with it and be glorified,” says the LORD. (Hag 1:7–8) 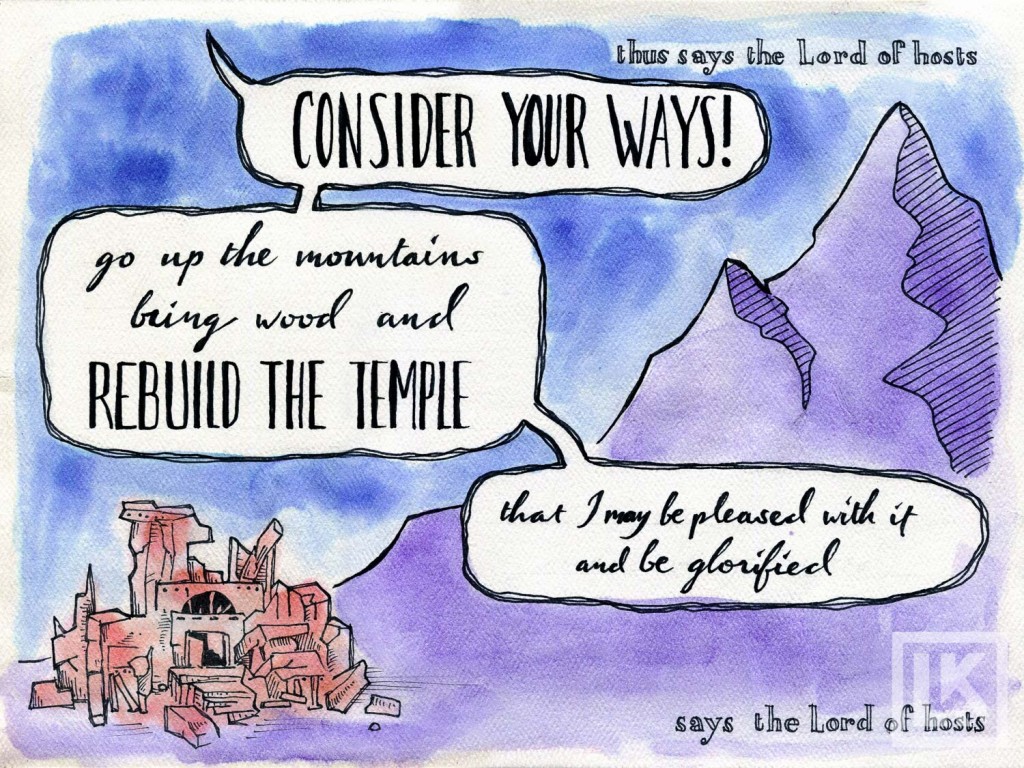 Haggai’s role in the Bible 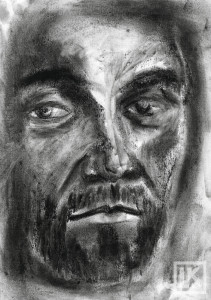 Haggai is the tenth of the Minor Prophets, the last 12 books of the Old Testament. When God had a message for the people, He spoke through the prophets. His word came in visions, oracles, dreams, parables, and the like.

Most of the Minor Prophets wrote about the coming destruction of Judah, Israel, or the surrounding nations, but Haggai is different. Like Zechariah and Malachi, Haggai shows up on the scene long after the destruction took place.

Haggai points the Jews in an obedient direction, particularly their leaders Zerubbabel (their governor) and Joshua (their high priest, not the one who fought at Jericho). When they obey, God affirms.

The book of Ezra specifically mentions Haggai and Zechariah as the agents God uses to kick temple work back into action (Ezr 5:1–2). If you’re familiar with the past relationships between Jewish kings and prophets, you’ll probably find Zerubbabel’s response surprising. Whereas most kings ignored the prophets (2 Ki 17:13–14), the governor Zerubbabel hears and obeys in reverence (Hag 1:12).

Here’s something interesting: while Ezra sees Haggai and Zechariah motivating the Jews toward one goal, the two books of prophecy show some striking differences:

Haggai blends history and prophecy like no other Minor Prophet. Most of these books are collections of discourses and visions, but Haggai mixes short messages from God with the way people respond to them. Haggai is also the most specific of the Minor Prophets when it comes to dates: he gives the month and day of every message God sends him.