Lamentations: the dirge for Jerusalem

The city of God is in ruins. The temple is destroyed. The king’s palace is in shambles. The gates are burned down. The walls are torn apart. The Babylonians have ransacked the holy city.

That’s the original name of Lamentations, this small collection of five poems that mourn the fall of Jerusalem. According to tradition, the prophet Jeremiah writes these dirges for the city he had ministered to for years. And it all begins with the word “How.”

“How lonely sits the city
That was full of people!
She has become like a widow
Who was once great among the nations!
She who was a princess among the provinces
Has become a forced laborer!” (La 1:1)

The book deals with the question, “How could this happen?” How could Jerusalem fall to the Babylonians? The answer has little to do with the political or military forces surrounding the events.

Rather, the fall of Jerusalem is a spiritual event, one that happened by spiritual means for spiritual reasons. 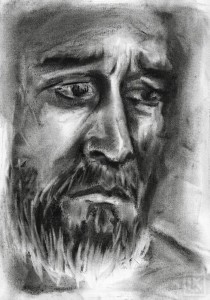 The people had rejected their God and His prophets. Before they ever entered the promised land, Israel was given a choice: remain loyal to God and enjoy His blessings and prosperity, or worship other gods and be exiled from their land (that’s from Deuteronomy). Israel followed other gods, showed injustice to the poor, and ignored God’s laws.

The people had sworn to love and obey and follow the Lord, and they broke that promise time and time again. But God is faithful and just: and He cannot let the guilty go unpunished.

So Jerusalem falls, and all the people can do is mourn.

The siege is unforgettable, but the reason it happened should never be forgotten. And the poetry in Lamentations is particularly memorable. You can’t tell in English, but the Lamentations are intricate poems built around the Hebrew alphabet:

But even in a book named “Lamentations,” the God of vengeance is still a God of hope. In the middle of the book, the writer reminds the people to hope in God:

The LORD’S lovingkindnesses indeed never cease,
For His compassions never fail.
They are new every morning;
Great is Your faithfulness. (La 3:22–23)
Why should any living mortal, or any man,
Offer complaint in view of his sins?
Let us examine and probe our ways,
And let us return to the LORD. (La 3:39–40)

The city was destroyed and the people were exiled because of their sin, but even this is an opportunity to call on God for help. For the people of God, He is the only hope.

The LORD is righteous;
“For I have rebelled against His command;
Hear now, all peoples,
And behold my pain;
My virgins and my young men
Have gone into captivity.” —Jerusalem (La 1:18) 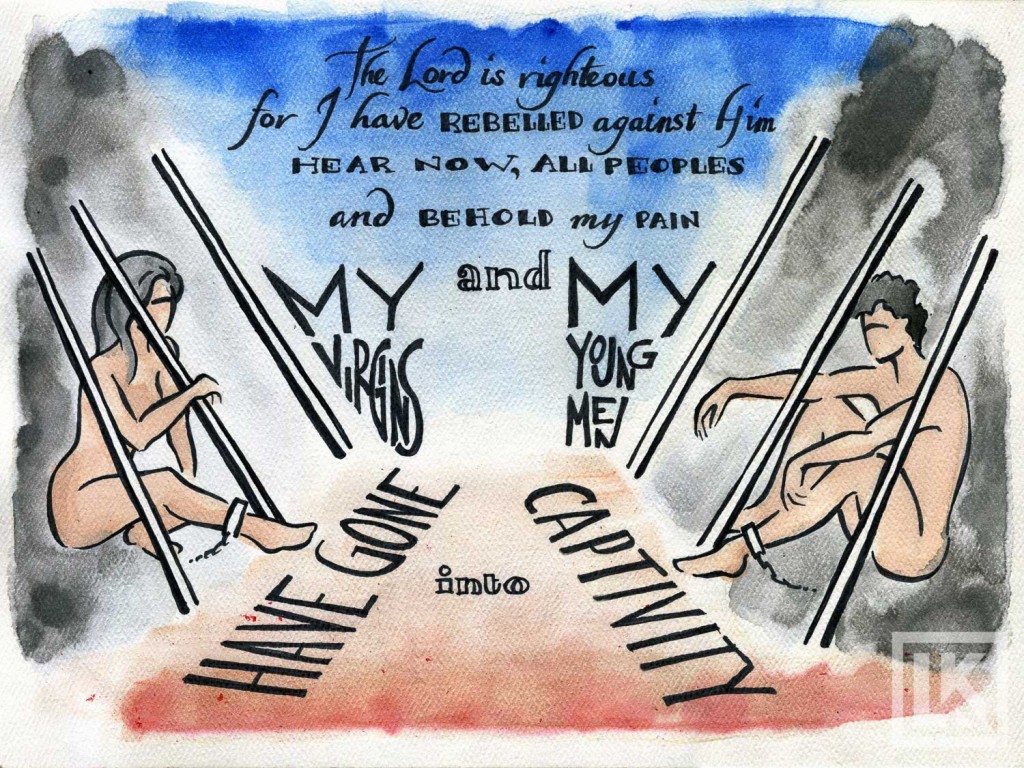 Lamentations’ role in the Bible

Lamentations sits in the Major Prophets section of our English Bibles. It follows the story of Jeremiah, who (traditionally) wrote Lamentations. But the fact that this little book is entirely made up of acrostics, it’s commonly grouped with the other books of poetry in the Bible (like Psalms and Song of Solomon).

Why the acrostics? It could be to illustrate how completely Jerusalem has been destroyed, or how completely faithful God is to His people and His promises. It could also be a means of keeping the material brief and memorable—after all, Jeremiah’s other account is the longest book of the Bible.

This book of Lamentations may include some content the author of First and Second Chronicles references when good King Josiah passes away:

Then Jeremiah chanted a lament for Josiah. And all the male and female singers speak about Josiah in their lamentations to this day. And they made them an ordinance in Israel; behold, they are also written in the Lamentations. (2 Ch 35:25)

Josiah was the last righteous king of Judah, and God had said that Jerusalem would not fall until after Josiah died (2 Ch 34:28). The kings after Josiah led the people into all kinds of rebellion against the Lord, and sealed Jerusalem’s fate. The death of Josiah was the first step in Jerusalem’s march toward utter destruction.

Lamentations fits into the prophetic section of the Bible by describing the theological backdrop of Judah’s exile. Lamentations is a moment of self-awareness: anyone reading the scroll would remember why Jerusalem fell and why the survivors were taken to Babylon. But the book also would have been a hearty (and solemn) encouragement to those who return in the days of Ezra and Nehemiah: no matter how faithless His people are, God remains faithful.