God is just, and His people should exercise justice.

But the prophet Micah feels that there are no righteous people, there is no justice in the land (Mic 7:2). The judges accept bribes (Mic 7:3), the rulers oppress the poor (Mic 3:1–3), the prophets lead the people astray (Mic 3:5), and the priests are easily bought (Mic 3:11).

Israel’s behavior is unacceptable, and Micah tells the people that they have no excuse:

He has told you, O man, what is good;
And what does the LORD require of you
But to do justice, to love kindness,
And to walk humbly with your God? (Mic 6:8)

They know better, and God will not sit by while they treat one another this way.
So He comes to the prophet Micah with a twofold message:

Because God is just, even when His people have no justice.

And because God is merciful, even when His people show no mercy.

I will bear the indignation of the Lord
Because I have sinned against Him,
Until He pleads my case and executes justice for me.
He will bring me out to the light,
And I will see His righteousness. (Mic 9:9) 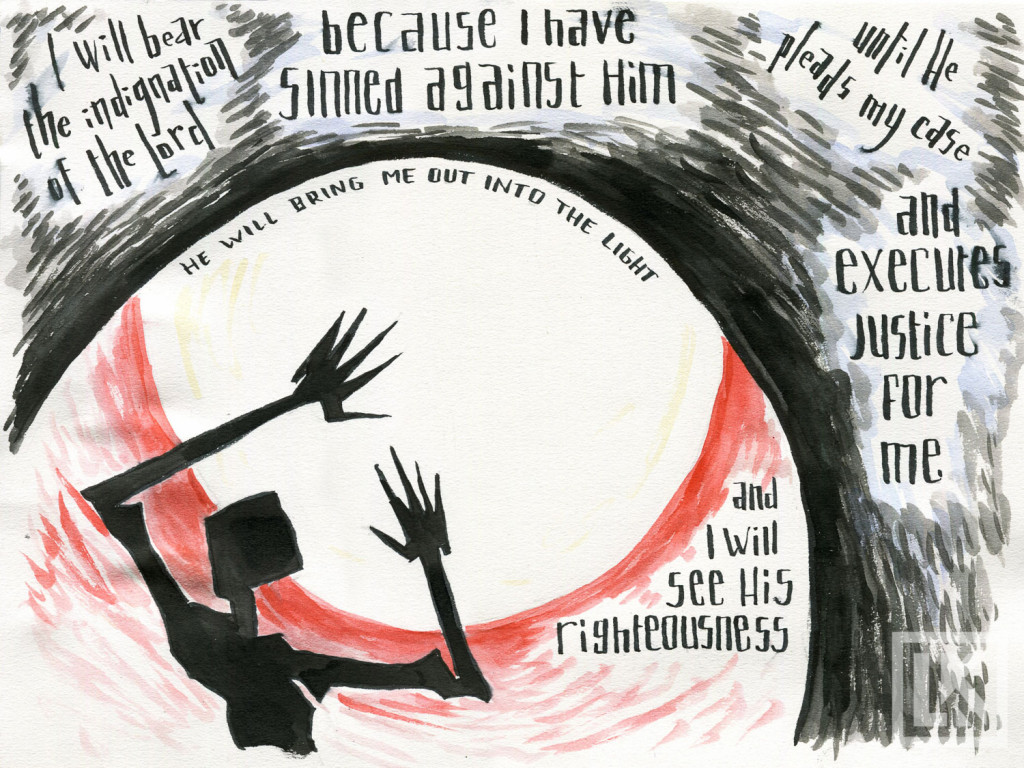 Micah’s role in the Bible

Micah is the sixth of the Minor Prophets, the last 12 books of the Bible. When God had a message for the people, He gave his message through the prophets. These messages came in visions, oracles, dreams, parables, and the like.

While most of the Minor Prophets spoke to one nation, Micah called out both the Northern and Southern Kingdoms of Israel and Judah.

Like Amos, Micah calls the people’s injustice to light. Micah admonishes the people, telling them that they should have known better.

And in light of the other Old Testament documents they had at the time, they indeed should have known better.

In Deuteronomy, Moses laid out what social justice should look like for God’s people:

For the LORD your God is the God of gods and the Lord of lords, the great, the mighty, and the awesome God who does not show partiality nor take a bribe. He executes justice for the orphan and the widow, and shows His love for the alien by giving him food and clothing. (Dt 10:17–18)

But instead, this is what God sees in Israel:

Recently My people have arisen as an enemy—
You strip the robe off the garment
From unsuspecting passers-by,
From those returned from war.
The women of My people you evict . . . . (Mic 2:8–9a)

In Micah, we see how seriously God takes justice among His people. We also get a glimpse of God’s future redemptive work  in Jesus.

God had laid out His expectations of man:

Man did not meet God’s expectations, and although God would punish them, God also promises to meet His own expectations:

How does that work? How does God meet His expectations for mankind?

And soon, Jesus will return as King to rule in justice and peace forever.