Zechariah: return to God, and He will return to you

When God had a message for the people, He sent His prophets. The prophets would then speak forth the word of God to kings, priests, and the people. The prophets warned the people of God’s need to punish sin, and pleaded with the people to turn to God. But the Jews almost never listened (2 Ki 17:13–14).

So God exiled them to foreign lands. The northern tribes were carried off by Assyrians; the southern tribes went to Babylon for 70 years. Now the Jews had been released to return to Jerusalem and rebuild the temple of the Lord.

The city is in ruins. The royal family has been reduced to governor status. The temple is under construction. But the words of the prophets still remain.

And now the Jews have another chance to pay attention. God sends them a new prophet: Zechariah. This prophet has colorful visions—messages of comfort and hope to the Jews. It all begins with a simple request: “Return to Me,” declares the LORD of hosts, “that I may return to you” (Zec 1:3).

Zechariah’s writings encourage and admonish the Jews of Jerusalem. He specifically affirms the governor and priest of that time (Zec 3, 4). He chastises the foolish leaders among them (Zec 11), and calls all the people to follow God and remember the words of the prophets before (Zec 1:6).

But most importantly, he anticipates a full restoration of God and His people. The temple will be rebuilt, Israel will be purified, the enemies will be overcome, and the Lord Himself will dwell in Jerusalem. But this restoration isn’t only for the Jews: the Lord will rule the whole earth, and all the nations will worship Him (Zech 8:22; 14:9). 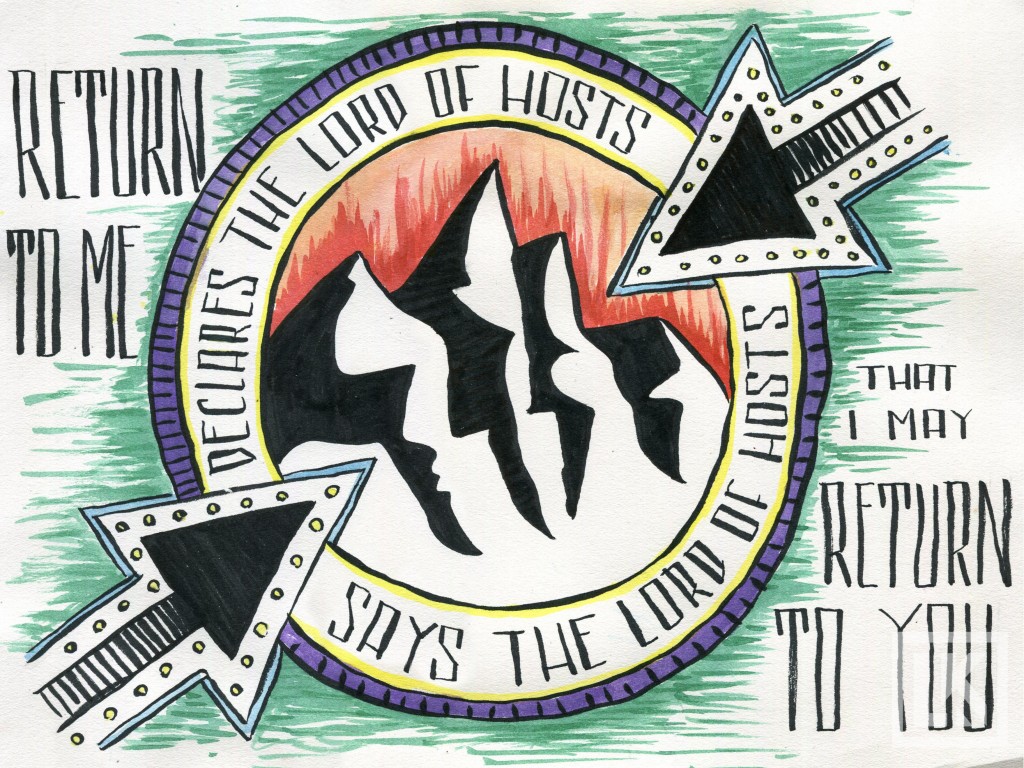 Zechariah’s role in the Bible

Zechariah is the eleventh of the Minor Prophets, the last 12 books of the Old Testament. When God had a message for the people, He spoke through the prophets. His word came in visions, oracles, dreams, parables, and the like.

Most of the Minor Prophets wrote about the coming destruction of Judah, Israel, or the surrounding nations, but Zechariah is different. Like Haggai and Malachi, Zechariah shows up on the scene long after the destruction took place.

Of the Minor Prophets, Zechariah is easily the hardest to understand.

This is partially due to the dense symbolic nature of his writings. Whereas Hosea, Micah, and others give direct instructions and warnings of what is to come, Zechariah “lifts up his eyes” to see scenes, characters, and strange objects. Zechariah is one of only two Minor Prophets who records his visions in this way; the other one is Amos (Am 7:8; 8:2; 9:1).

Zechariah uses a few different ways to communicate God’s word to the people in this book:

The prophets Zechariah and Haggai were contemporaries: the book of Ezra notes that these two prophets compelled the Jews to finish rebuilding the temple of the Lord, even thought he surrounding nations were opposing them (Ezr 5:1–2). Haggai’s recorded ministry seems to conclude after three months, but Zechariah continues to preach for at least two more years (Zech 1:1, 7:1).

Here’s something interesting: while Ezra sees Haggai and Zechariah motivating the Jews toward one goal, the two books of prophecy show some striking differences:

Zechariah is ultimately a message of assurance: God has brought the Jews back to Jerusalem, and His work of restoration is far from over.