The 8 Kinds of Angels and Demons in the Bible 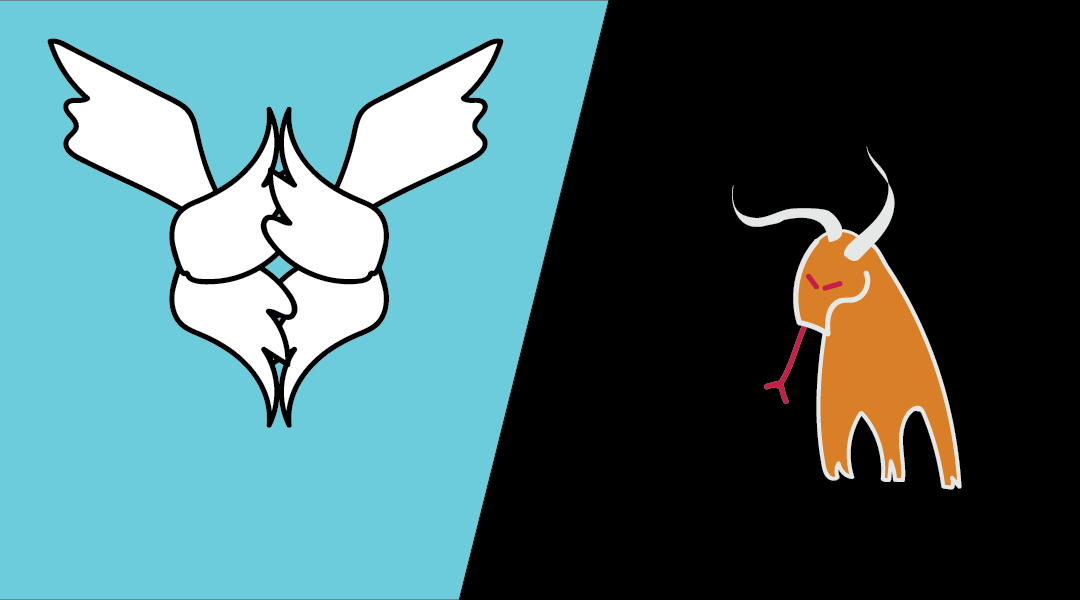 Angels and demons (and the spirit world in general) are fascinating. But sometimes it’s hard to separate what the Bible says from traditions and lore that we’ve picked up along the way.

There’s a lot of weird stuff we hear about angels that doesn’t show up anywhere in the Bible. For example, the Bible doesn’t say we become angels when we die—that’s from It’s a Wonderful Life.

But on the other hand, there’s some even weirder stuff that the Bible DOES say about angels and demons that we never hear in Sunday school. For example, you’ve heard of cherubim and seraphim—but what about that goat demon in Leviticus 17:7?

I was curious about just what kinds of angels the Bible claims exist. So one rainy Sunday afternoon, I made this list of all the angels and demons the Bible mentions. I probably don’t have to tell you that it would have taken me a lot longer to do without Logos Bible Software.

Beware: some of this is probably going to sound straight-up weird.

8 kinds of angels and demons in the Bible

Let’s get the weirdest one out of the way first. One obscure passage in Leviticus mentions “Goat demons” or “goat idols” (Lev 17:7). I don’t know what that’s about.

But the Jews drew a connection between these “goat demons” and the demonic figure Azazel—a villainous fallen angel from the book of 1 Enoch.

This connection comes from a nearby passage in Leviticus 16, where the Day of Atonement ritual is being laid out for the people to follow. The Lord tells Moses that one goat should be slaughtered, and another is to be sent away into the wilderness. The actual verse reads like this in most of our Bibles:

“Aaron shall cast lots for the two goats, one lot for the LORD and the other lot for the scapegoat.” (Lev 16:8, NASB)

By the way, if you’d like to study the Old Testament in its original Hebrew, check out this online course from my friends at Zondervan Academic.*

The singular form of seraphim is “seraph.” (Hebrew uses “-im” similarly to how we add “-s” to words to make them plural.) The Bible mentions seraphim only twice, both in Isaiah’s grand vision of the Lord in the temple in Isaiah chapter 6. We can only discern a few things about the seraphim from this passage:

“Seraphim” is usually defined as “burning ones.” The few other times the Hebrew root of the word (serap) shows up, it’s in reference to the “fiery serpents” that God sent to judge the children of Israel in the wilderness (Nu 21:6, Dt 8:15) or “flying serpents” that Isaiah talks about in two of his oracles (Is 14:29; 30:6).

Cherubim (singular “cherub”) show up a bit more often in the Bible—and a good deal earlier. They’re mentioned 33 times in the Bible, and only in the Old Testament.

The most vivid descriptions of cherubim come from the prophet Ezekiel:

There’s a great deal more detail I could go into here, but you should read Ezekiel’s descriptions for yourself in Ezekiel chapters 1 and 10.

Scripture also shows specific responsibilities given to some cherubim:

Was the devil originally a cherub? Ezekiel’s oracle against the king of Tyre is sometimes interpreted to be an account of Satan’s fall from glory (Ezek 28:11–19). I’m not sold on this interpretation myself, but it’s such a popular enough view that I should probably address it here. God via Ezekiel says that this “king of Tyre” was “the anointed cherub who covers,” someone who has been on “the holy mountain of God.”

There’s only one character in the Bible called an archangel, and that’s Michael. We don’t know much about the specific duties archangels perform, nor do we know how many there are.

“Arch-” means “chief,” and the book of Daniel calls Michael a “chief prince” (Dan 10:13; 12:1). So it’s possible that archangels are a rank up from the next kind of angelic being: princes.

We only see good seraphim. Cherubim seem to be good, too (unless Satan is a cherub, of course). But there’s one type of supernatural being that we see on both sides of the heavenly war: princes.

We don’t know much about angelic or demonic princes. But we do see a conversation between the wise man Daniel and an angel about the matter in Daniel’s tenth chapter.

In this passage, an angel has a message for Daniel that should be delivered post-haste. But an opposing figure known only as the Prince of Persia stands in this angel’s way. This prince blocks the angel for three weeks, until Michael the archangel intervenes. This buys the angel enough time to rush his message off to Daniel before returning to the fray.

At least a few nations seem to have supernatural princes over them. We don’t know what it means to be a prince, nor what the specific princely responsibilities are. But it looks as though at the time of Daniel, there was a great deal of conflict between the princes. The prince of Persia does not the angel to deliver his message to Daniel, and only Michael is willing to step in to aid the messenger.

Perhaps the most intriguing thing the Bible tells us is that while the conflict between the princes is fierce enough to interfere with God’s messages to his prophet, the conflict doesn’t seem to concern the whole heavenly host. The angel speaking to Daniel tells him that no other angels stand firmly against the other princes—only Michael.

I don’t know why there would be one prince and multiple kings. It’s possible that princes outrank kings in the celestial hierarchy—or maybe this Prince of Persia was a prize fighter on the battlefield and the kings of Persia were the strategic brain trust. We could speculate on this all day.

The people of the New Testament believed that there were spiritual forces at work that had some degree of power over our physical world and the spiritual world, too.

Paul makes several lists of spiritual opponents that may either be demonic or under demonic influence. He refers to rulers, authorities, principalities, thrones, dominions, powers, names, and world forces (Ro 8:38; Eph 1:21; Col 1:16).

It’s interesting to note that while Paul believes the church is at war with the rulers and powers in the spiritual realm, he often lumps together the spiritual forces with the physical ones when describing Christ’s supremacy. Remember how in Daniel 10, each prince and king seemed to represent a particular people group?

The authors of the Bible seem to believe that there is more at work in human authority structures than mere humans.

John the Revelator sees a vision of the heavenly throne room in Revelation chapter 4, and instead of cherubim or seraphim, he sees four “living creatures” surrounding the throne.

These creatures seem to combine the attributes of both the seraphim and cherubim—which is interesting, as John should have been familiar with both Isaiah’s and Ezekiel’s visions of God seated on his throne.

Unlike the cherubim, the living creatures seem to have one face each. Instead of all four having the face of the man, ox, lion, and eagle, one living creature resembles a man, one an ox, etc. There’s also no mention of those whirring wheels.

Like the seraphim, the living creatures have six wings each and never cease to proclaim God’s holiness.

Unlike the seraphim, we get a more thorough physical description of the living creatures!

I wroteThe Beginner’s Guide to the Bible to give people a non-preachy, jargon-free overview of what the Bible is, what it’s for, and what it’s all about. You’ll walk away from it with enough knowledge to have a thoughtful conversation about the Bible with a pastor, an atheist, or anyone else.

What about Guardian angels?

OK … well, the Bible’s actually not too clear on this one.

Jesus does warn that little children have angels who stand before God the Father—but it is a warning against causing children to stumble. It could mean that at the time of Jesus, little children received special attention from angels. But Jesus’ message seems to have more to do with the deep trouble you’ll be in if you mess with these kids than it does with the angels protecting them.

There’s one other passage that indicates there may be angels assigned to watch over specific humans. When Peter escapes from jail in the book of Acts, he goes to a nearby house where a group of believers has gathered. A girl answers the door and sees Peter outside, and before letting him in, announces to the group that Peter is out of jail and their prayers are answered. The whole group thinks the girl is crazy, and insists that she’s just seeing Peter’s angel (Ac 12:15) … which is weird, because an angel did just release Peter from prison.

Does this mean that Peter and children had specific angels assigned to them? My guess is that that’s not the case. If every human had a powerful, personal guardian accompanying them, I would think that such important information would be addressed a bit more head-on in the New Testament. Paul might have mentioned something when he was going on about the armor of God. But that’s just my opinion. When it comes to Scripture, I’m not sure there’s enough material to confirm or deny the idea of guardian angels for individual humans.