NIV Cultural Background Study Bible: Why I Really Like It 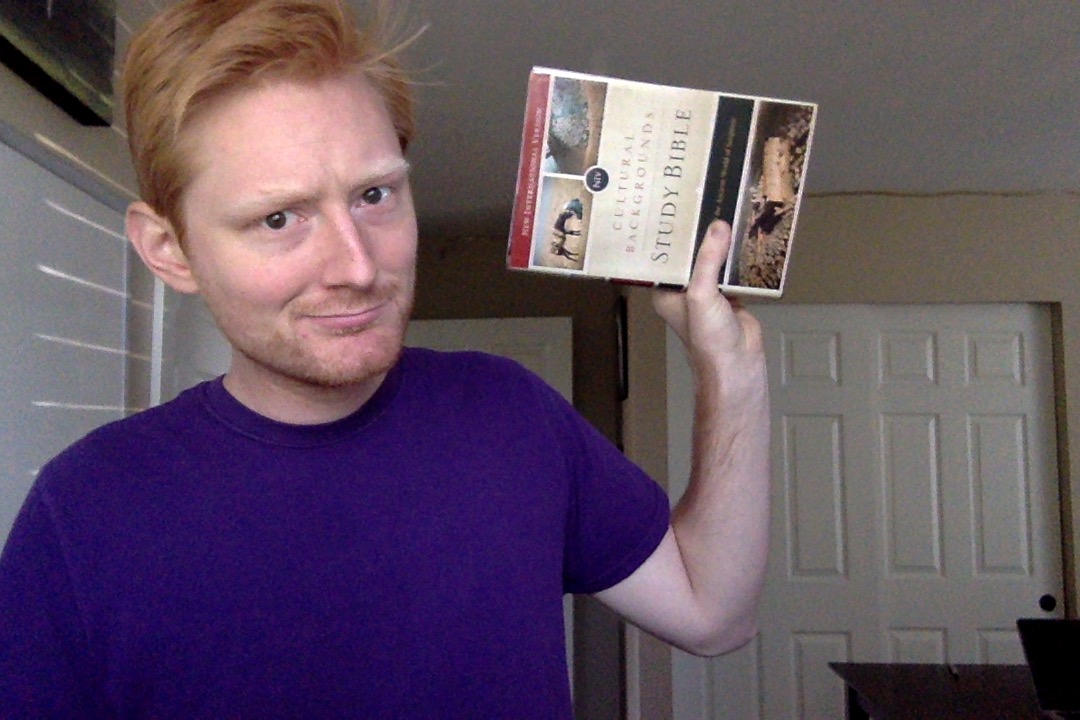 TL;DR: Zondervan sent me a copy of the NIV Cultural Backgrounds Study Bible to check out, and I liked it enough to write about it. =)

You know what I think my biggest obstacle is when it comes to studying the Bible?

It’s not the cryptic language in the prophets.

It’s not the boring genealogies.

I have almost nothing in common with these people when it comes to culture. We’re not reading the same stories. We’re not weathering the same international political climates. And as far as I can tell, Jeremiah isn’t binge-watching the same Netflix shows I am.

That means if one of the Bible’s authors drops a reference to some other famous work of literature in his day, it’s lost on me. If an author gives a nod to a common custom of the ancient world, it’s lost on me.  And that’s not even the worst part.

The worst part is that I don’t even know what I’m missing. 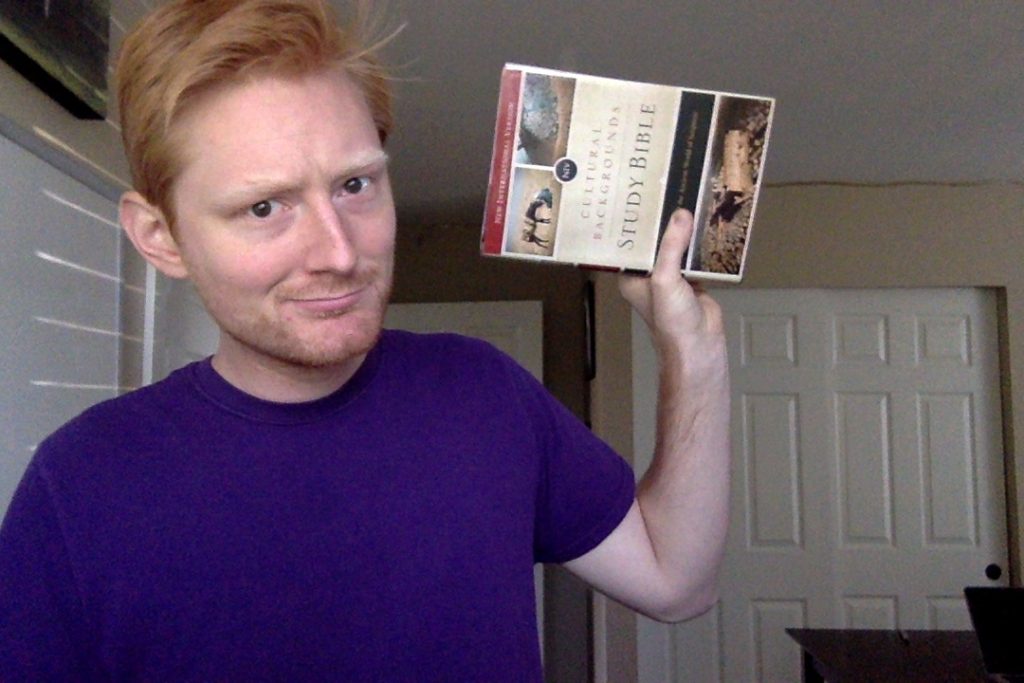 Still no word on the fez.

So, here’s what I think about the NIV Cultural Backgrounds Study Bible.

Spoiler alert: I like it, and I’ve been looking forward to getting my mitts/paws/talons on this sucker for a long tome . . . er, time. (It’s pretty hefty.) 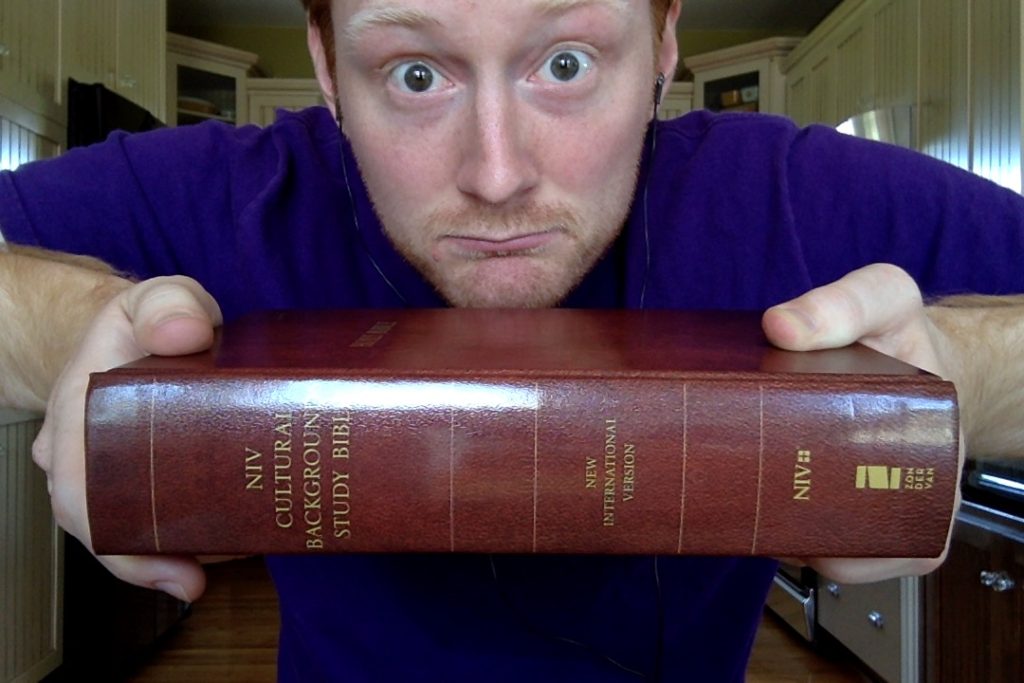 Long story short: I plan to use this Bible for years to come as a handy reference work for Bible study. I think it may be my favorite study Bible since Kay Arthur’s New Inductive Study Bible.

I’ll show you what I mean by taking a little tour through the NIV Cultural Backgrounds Study Bible features, and then looking a little closer at the study notes and articles. By way of example, we’ll be digging around in the book of Job. (I include some notable examples from other books of the Bible, too.)

Oh, and one last note. I am an Amazon associate, so if you should happen to purchase this Bible by clicking a link in this post, I’ll get a tiny kickback. (Like, two whole dollars!)

Let’s cover some areas in which this study Bible gives some really, really helpful insight.

Even though I have a pretty good handle on the timeline of Israel’s history, it’s easy for me to get a little fuzzy on the “when” of what’s going on. “Something, something B.C.” just doesn’t cut it: there was so much more happening in the ancient world than what the Bible talks about.

For example: until I read an article in this study Bible on the book of Jonah, I had no idea that Assyria wasn’t really a threat to Israel during the reign of Jeroboam II (Jonah’s time period). Here I’d just been thinking Assyria was growing in power as the northern kingdom of Israel was growing in wickedness.

For example, on the first page of the book of Job, there’s an article entitled “Chronological Context of the Character Job.” In two paragraphs, it gives a brief explanation as to why people assume the story of Job takes place in the patriarchal period (i.e., the time of Abraham), and a few ways people have tried to estimate the date the story took place and the book was written. The article then says that we can’t really be sure of either dates.

But is that a big deal? Not really: “Even if we could provide such dates, it would make no difference in the interpretation of the book” (p.818).

Nice! Keeping us on focus.

Job feels like a unique book of the Bible, right? Here we are reading about Israel’s history, and then all of a sudden we’re whisked away to the land of Uz (wherever that is) and told about this good guy named Job who undergoes just the worst of times.

What a total curveball, right?

Nope. Turns out there were several works of ancient Mesopotamian literature that deal with the concept of an “innocent sufferer.” In at least five other texts, terrible tragedies befall an upright figure for reasons unknown. It seems Israel has its own tale of the innocent sufferer.

(If you own the NIV Application Commentary, this might sound familiar.)

But the Cultural Backgrounds Study Bible doesn’t just stop at showing the similarities between biblical literature and other ancient works. In this case, it goes on a three-page article takeover of the book: listing 10 ways the book of Job stands in contrast to the pagan literature of the day.

And before getting back to the text of Scripture, it tops it off with yet another (very short) article listing the ways in which the character of Job thinks like an Israelite.

One problem that I have to overcome every time I sit down to read the Bible is my cultural filter. The Bible was written to people of the ancient Near East, but I’m a modern Westerner.

Actually, it’s worse than that. I’m not just a modern Westerner: I’m a modern Westerner who grew up in the evangelical “Bible Belt” (read: raised in a socially conservative Protestant community). I don’t complain about this, but it often puts me at a disadvantage when it comes to interpreting the Bible. Instead of catching what the Scripture meant to its original audience, I’m catching what it means to a homeschooler in North Carolina!

For example, Job 31 opens with Job saying, “I have made a covenant with my eyes not to look lustfully at a young woman.”

This verse is often interpreted this way:

“See, fellas? Job was righteous, and he didn’t ogle anyone but Mrs. Job. Your marriage is a covenant with your eyes, so don’t look at any girls you’re not married to.”

But is that what Job is actually communicating?

Probably not, says Walton. If this verse were about sexual purity, then the Hebrew writers probably would have used different words for “young woman.” He makes the case that Job is actually asking, “what interest would I have in arranging a marriage with an eligible young woman?”

Walton then makes the case that Job is  saying that he’s not seeking to amass a harem for himself. In the time of Job, having many wives was a status symbol. If this interpretation is correct, then this verse is more about Job’s humility (he’s not seeking a status symbol of wealth or power) than his sexual integrity (which he defends in verse 9 of the same chapter).

. . . which is something I never would have picked up from that verse. Which brings up two interesting points to consider:

One thing that I find fascinating is that God, who is eternal, engages mortals in their own cultural contexts.

For example, in Job 38 and 39, God responds to Job’s declaration of innocence. He walks Job through the cosmos, moving from the creation and ordering of the earth, sea, and sky to discussing the intricacies of how certain animals behave. We often read this and see it as God going, “Hey, Job, you think you’re so smart? Well when was the last time you made the sun rise? Huh?”

But there’s a parallel here to an ancient form of communicating wisdom. In Egypt, people would list things in the universe that they knew about as a way to showcase their wisdom. It’s kind of like name-dropping, but with pieces of the natural world.

So if you wanted to sound wise in ancient Egypt, one way to do so was to just list off a bunch of things in a category. You could say, “Oh, I know about stars, the sun, the moon, sunrises, sunsets, clouds, wind, rain, thunder, lightning, etc.” And if you wanted to sound really smart, you could list off the ways that those phenomenon work, too.

That means Job (and those who first read the story) would have understood God’s initial answer to Job as a statement of wisdom.

That’s really cool to read: it shows that God is communicating his wisdom in a way that the ancient Israelites would clearly understand.

I could probably rifle through this Bible and turn up all kinds of specific misgivings, but that would take a while. So for now, I’ll leave two main caveats for you here:

For example, remember the “covenant eyes” verse? The one article I referenced says this in its conclusion:

“The verse has nothing to do with sexual ethics, as important as they may be.” (p.860)

But at the beginning of the very next article on the same chapter, we get this:

That may be a fluke. And I do not presume to be the model of consistency in biblical interpretation. Plus, that’s not really the point of the second article.

But just had to let you know about it—these notes are wildly helpful, but they’re not always consistent.

This study Bible shows us the literature, customs, and commonly-held beliefs of Bible times. That means several of the entries challenge traditional conservative evangelical readings of Scripture.

Oh, and I realize that Job is only a small sample size of the Bible to draw from. So if you’d like my take on how it handles other books of the Bible, leave me a comment! I’d be glad to share my impressions. =)

Check out the sampler!