The Bible is brimming with strange, intriguing, and sometimes LOL-worthy tidbits like this.

God calls plenty of people in the Bible, but I’ve only found eight times he calls out to individuals by name twice in a row …

God gives Abraham one last test of faith: sacrifice the promised child, Isaac. Abraham is ready to obey, and just before he kills his son, the angel of the Lord interrupts.

Abraham has passed the test, proving that he fears God. The Lord provides a ram in the thicket as a substitute sacrifice for Isaac (Gn 22:11–13).

Jacob just found out that his son Joseph isn’t dead—in fact, he’s second in command in the Egyptian empire. Jacob is old, and wants to see Joseph before he dies, so he prepares for the journey to Egypt. Then he has a vision.

The Lord tells Jacob not to be afraid. He will see Joseph, and his descendants will become a great nation in the foreign land (Gn 46:1–4).

Moses has killed an Egyptian and fled from Pharaoh’s punishment. Now he’s living as a shepherd for his father-in-law, out in the wilderness. One day, Moses sees a mysterious sight: a bush is on fire, yet not burning up. Then a voice calls out from the flames:

It is the God of Moses’ ancestors, Abraham, Isaac, and Jacob. And the Lord wants Moses to bring the nation of Israel out of slavery (Ex 3:1–10).

In a time when people rarely hear from God, a boy asleep in the tabernacle hears a voice calling him in the middle of the night. Young Samuel assumes that the high priest is calling him, but soon learns that the voice is from someone even greater.

After this night, Samuel becomes the mouthpiece of God to a nation, a judge and a priest and anointer of kings (1 Sa 3:1–10).

Jesus visits his friends Martha and Mary, and the sisters have opposite responses. Mary sits at Jesus’ feet, listening to his teaching.

Martha, on the other hand, focuses on the tasks at hand (probably preparing food and lodging for the travelers). She’s annoyed that Mary has left all the prep work on her, so she asks Jesus to have Mary help her.

Jesus tells Martha that she is worried about so many things—and that Mary has taken advantage of the opportunity to learn from him (Lk 10:38–42).

Jesus has had his last supper with the 12 apostles, and the hour of his betrayal is drawing near. But the apostles begin bickering about which one of them is the greatest. Jesus tells them that they will judge the twelve tribes of Israel in the kingdom to come, but they will also pass through trials with him.

Then he singles out Simon Peter:

Jesus tells Peter that even he will deny the Lord, but that he will also strengthen the other believers afterward. Peter does deny knowing Jesus, but he goes on to become the leader of the apostles in the early church (Lk 22:31–32).

Here’s an instance in which one member of the Trinity calls out to another. As Jesus suffers on the cross, he cries out the iconic words:

He’s quoting Psalm 22 to his Father just a little while before he breathes his last.

The young idealistic Pharisee wants to imprison and murder as many Christians as he can. He even gets letters from the high priest authorizing him to round up the Christians in Damascus and drag them back to Jerusalem.

But on the way, he is blinded by a vision of the risen Jesus Christ, who calls to him.

“Saul, Saul, why are you persecuting me?”

Jesus selects Saul (who’s better known as Paul afterward) as an instrument to bear Jesus’ name to the Gentiles, and the kings, and the sons of Israel. It all starts when Jesus calls him (Ac 9). 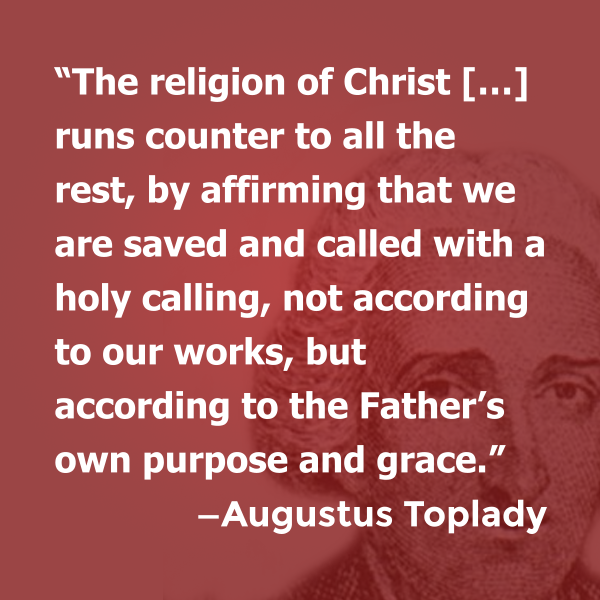