Infographic: Every dream in the Bible (and what they mean) 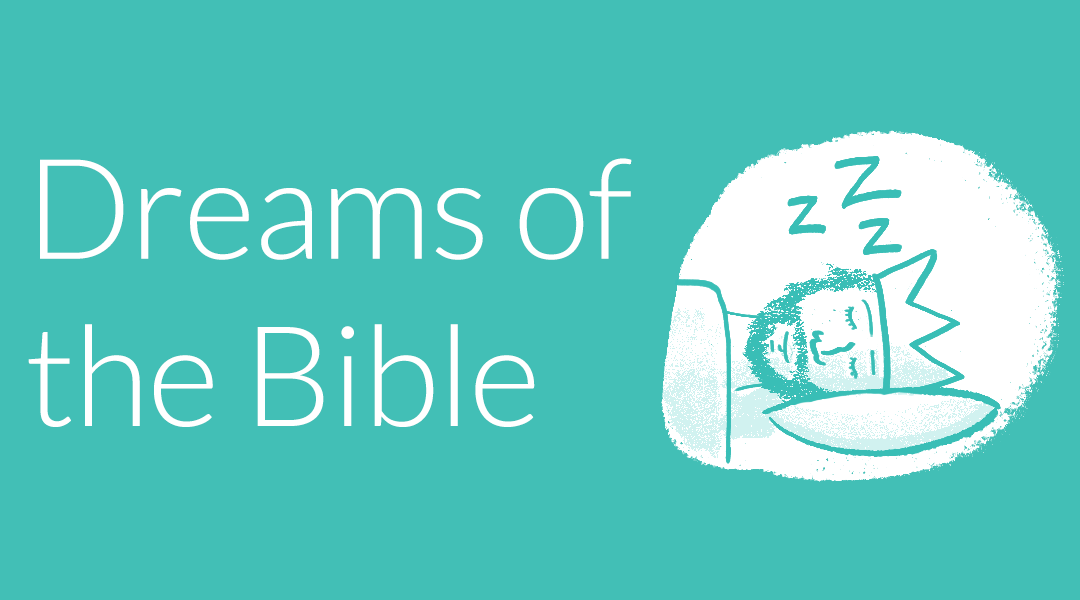 Sometimes in the Bible, God communicates to people in dreams. Some of them are symbolic (like the dreams in Daniel), and some involve explicit instructions from God.

Dreams fascinate me, and I figure they’re interesting to you, too. Since God has revealed some of His word through dreams, I thought it might be cool to find all the dreams in the Bible.

So, I Bible-geeked out and made this for you.

Long before the nation of Israel settled between the Mediterranean and the Jordan River, their ancestor Abraham sojourned throughout the territory with his wife Sarah. Abraham was a rich guy (and therefore a pretty big deal), so it’s not like he and Sarah just stopped at a Holiday Inn late at night before leaving at first light the next day. When Abraham moved to a new city, the leadership of that city took note.

There was a big problem though: Sarah was gorgeous. And some of the city leaders had enough power to take whatever they wanted by force. If a king had a crush on the new girl in town, all he had to do was murder her husband and take the woman for himself. (Nice people.)

So when Abraham makes his way to Gerar, he’s concerned that his wife is so attractive that Gerar’s king, Abimlelech, will kill him just to be with her. Abraham has a backup plan though: he just tells everyone Sarah is his sister.

Turns out, Abimelech is totally into Sarah. He takes Sarah into his harem, but before he goes anywhere near the woman, God comes to him in a dream. You can read the whole exchange for yourself in Genesis 20, but the gist of it is: “Back off, dude: she’s taken.”

It’s probably worth noting here that when this goes down, Sarah is about 89 years old. Mesopotamian pilates is one of the world’s lost treasures.

Jacob’s twin brother wants to kill him—though to be fair, Jacob did just cheat him out of the family blessing. So Jacob’s on the run. He stops to sleep one night, and dreams of a great stairway stretching from earth to heaven, with divine beings moving up and down.

At the top of the ladder is the Lord, who promises that Jacob will indeed return home, and his descendants will possess the land of Canaan.

Jacob loves to the land of his relative Laban, where he marries Laban’s daughters and works with his herds. Laban’s a tricky guy. He takes advantage of Jacob on several occasions. However, God still provides for Jacob—so much so that Jacob’s wealth begins to overtake Laban’s. Laban’s sons aren’t too happy with this, and Jacob senses that he is not among friends.

God comes to Jacob in a dream. The dream recaps Laban’s mistreatment of Jacob and shows that God has been providing for Jacob despite Laban’s schemes. The dream’s message is clear: it’s time to go home.

Jacob takes off with his flocks and family—Laban’s daughters and grandchildren. Laban isn’t very happy about this, so he pursues Jacob. But before he catches up to Jacob, God comes to Laban in a dream. God warns Laban not to say anything good or bad to Jacob—just let him go.

Jacob’s favorite son Joseph has two dreams that throw a wrench in the family dynamic. In the first dream, Joseph and his brothers are gathering grain into sheaves. Jospeh’s sheaf stands upright, but the brother’s bundles of grain bow down to Joseph’s sheaf.

This aggravates Joseph’s brothers. Not only is Joseph the favorite son, now he thinks that he’s going to rule over the rest of them?

Then Jospeh has another dream. This time, the sun, moon, and eleven stars bow down to him. This peeves his brothers and his father. “Really, kid? You think we’re all going to bow to you?”

Through a series of unfortunate events, Joseph finds himself in prison. He meets two other prisoners who had troubling dreams: Pharaoh’s former cupbearer and former baker.

The baker has a dream, too. In the dream, he carries three bread baskets on his head—but the birds eat the bread from them.

Not all dreams are good ones. The three baskets represent another three days—at the end of which Pharaoh beheads the baker, and the birds eat the baker’s flesh.

Only the prisoner Joseph can interpret this dream-riddle: Egypt is destined to have seven years of good harvest, which will be followed by seven years of devastating famine.

Joseph’s wisdom earns him the second-highest position in the kingdom, which allows him to accommodate his father and brothers when they seek refuge from the famine. (By the way: this is the biblical story of how Israel’s ancestors came to Egypt, where their descendants were eventually enslaved.)

Fast-forward to the book of Judges: Jacob’s and Joseph’s descendants have followed Moses and Joshua back to Canaan and settled in the land. But they still have conflict with the surrounding nations, including the Midianites. After Midian oppresses Israel for seven years, God raises up a leader named Gideon to overthrow them.

The night before Gideon storms the Midianite camp, Gideon overhears two Midianites discussing a dream one of them had: a loaf of barley rolls into camp and overturns a tent.

Somehow, the other guy can tell what the dream means: “This can be nothing other than the sword of Gideon son of Joash, the Israelite. God has given the Midianites and the whole camp into his hands.”

Way to connect the dots, guy.

Suppose the Creator of the universe came to you in a dream one night and said, “You know what? Ask me for anything—anything you want. I’ll give it to you.” What would you ask for?

That’s what happens to king Solomon, son of the giant-slayer David. God comes to him in a dream offering him a divine blank check. Solomon plays it smart and asks for wisdom—not wealth, power, or a long life. So God grants him all of the above.

The king of Babylon has a terrifying dream, and nobody can interpret it but the Hebrew wise man, Daniel. This dream involves an enormous statue made of various materials—which represent different world kingdoms. The statue is smashed by a stone which becomes a mountain, representing the coming kingdom of God.

Same king, same problem: a troubling dream that only Daniel can interpret. This time a huge, magnificent tree is cut down to earth, and the stump and roots are left to go mad.

The dream represents Nebuchadnezzar’s coming downfall: God’s judgment on him for his arrogance.

Now it’s Daniel’s turn to have dreams. In this dream, Daniel sees a lion, a bear, a leopard, and another strange, ten-horned beast come out of the sea. The Ancient of Days judges the beasts, and the Son of Man is given dominion over all the earth. The four beasts represent human empires.

A cluster of five dreams surround the birth of Christ in the first two chapters of :

Jesus is on trial, right before he’s crucified. Pontius Pilate’s wife has a nightmare about the trial her husband is presiding over, because she knows that Jesus is innocent.

So there we are: every dream in the Bible. Of course, there’s a lot more to those symbolic dreams that I couldn’t fit here. Maybe I’ll do a piece on those individually sometime in the future.