Jonah: God’s compassion for all nations 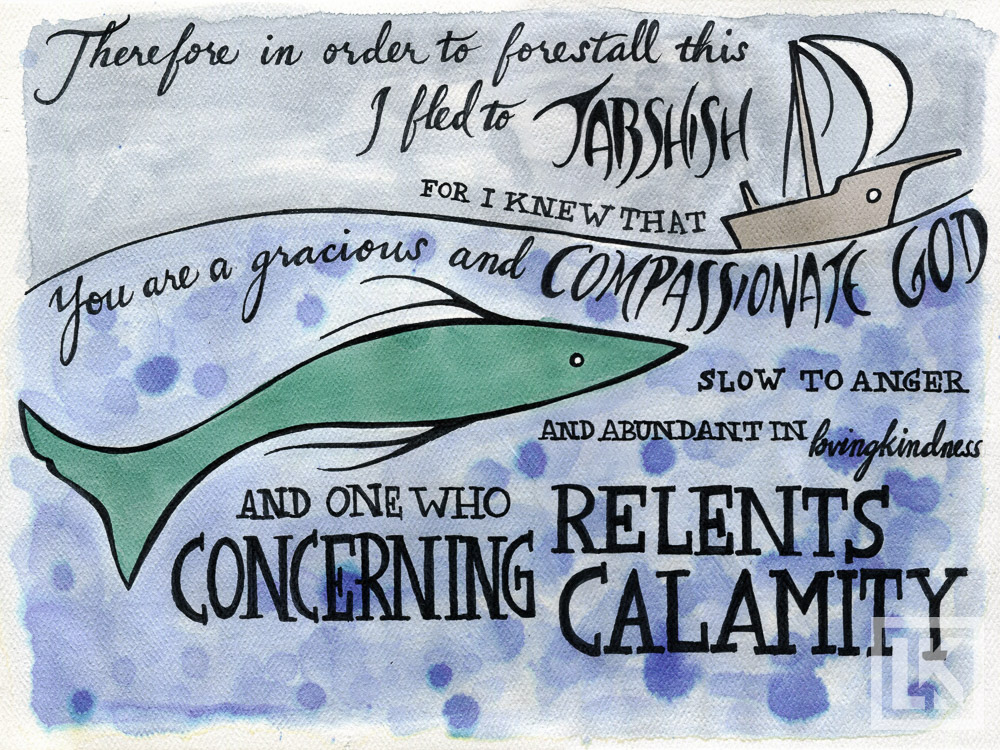 Author: Jonah
Length: 4 chapters
Genre: Narrative
Group: Minor Prophets
Theme verse: “Therefore in order to forestall this I fled to Tarshish, for I knew that You are a gracious and compassionate God, slow to anger and abundant in lovingkindness, and one who relents concerning calamity.” (Jon 4:2)

God had created all mankind, but He’d chosen one special nation as His own: Israel. Through Israel, all the nations of the earth would be blessed (Gn 12:3). God had given Israel His laws through Moses (back in Exodus), and called them by His name (2 Sa 7:23). Through Israel, the world would know who God is.

Nineveh was the capital of Assyria, and a place of great wickedness. So the Lord tells a prophet named Jonah to “Arise, go to Nineveh, and cry against it” (Jon 1:2).

But Jonah does something entirely unexpected: he boards a ship headed in the opposite direction. The Lord sends a mighty storm after him, which threatens to destroy the vessel. Jonah confesses to the sailors that he is a Hebrew, and that he is trying to escape Yahweh’s presence.

His proposed solution: “Pick me up and throw me into the sea. Then the sea will become calm for you, for I know that on account of me this great storm has come upon you” (Jon 1:12). They do so, and the sea calms—and all the sailors recognize the God who spared them.

Then comes the part everyone remembers: Jonah is swallowed by a “great fish.” He prays from within the fish, and God has it vomit him onto the land.

Now we’re back to square one. God tells Jonah to arise and go to Nineveh, and this time Jonah obeys. He walks through the evil city, heralding Nineveh’s impending doom: in just 40 days, Nineveh will be overthrown.

The Ninevites do the unexpected: they repent.

And Jonah is not OK with this.

The author of Jonah 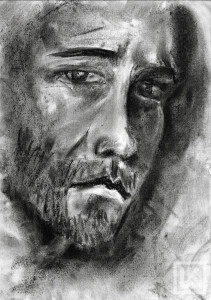 Jonah is traditionally credited as the author of the book named after him. If that’s the case, he must have had a moment of clarity after the events took place!

The structure of Jonah

Jonah has only four chapters, which makes it easy to outline the book chapter-by-chapter:

But it gets more interesting if we look beyond the chapter layer.

The book of Jonah can be divided down the middle to show two short episodes: God’s compassion to Jonah and God’s compassion through Jonah. And when you look at these two episodes side-by-side, you’ll see some rather obvious similarities:

Jonah’s role in the Bible

Jonah is the most widely known of the Minor Prophets, the last 12 books of the Old Testament. When God had a message for the people, He spoke through the prophets. His word came in visions, oracles, dreams, parables, and the like. Most of these book were written to the people of Israel and Judah, but Jonah, Obadiah, and Nahum are more concerned with surrounding nations.

These Minor Prophet books record those messages. They outline the people’s sins, the consequences of those sins, and the proper response to God.

Well, except the book of Jonah. It’s a story, not a sermon. It focuses on the prophet, not the people. And Jonah contains hardly any prophecy at all . . . only one line: “Yet forty days and Nineveh will be overthrown” (Jon 3:4). Among the books of the Bible, Jonah is a bit of an oddball.

But fast-forward to the New Testament, and you’ll see Jesus referring to Jonah as a sign of the Messiah:

But Jonah isn’t all about repentance. It’s also a story of God’s compassion for all peoples, not just Israel. Remember the two-episode breakdown of Jonah above? In both episodes, the Hebrew (Jonah) gets people from other nations to recognize God’s sovereignty and compassion . . . even when he disobeys.

The book of Second Kings tells us that Jonah had a prophesied about Israel’s king Jeroboam II (2 Ki 14:25), which means his ministry may have overlapped with those of Hoesa (Hos 1:1) and Amos (Am 1:1; 7:11), who also preached to Israel during Jeroboam’s reign.

Through the book of Jonah, we see God’s compassion for Nineveh when they repent. But Nineveh’s repentance is not permanent: they return to violence and wickedness. The Assyrians (whose capital is Nineveh) come against Israel and carry her off into exile (2 Ki 17:6). Nineveh becomes so wicked that the Lord chooses another prophet, Nahum, to speak against it. But this time, there’s no way out (Na 2:13).

However, God’s story of compassion for the nations has only just begun. Later, there will arise yet another Prophet who will obey and submit to God (Php 2:8), who will be a light to the Gentiles (Lk 2:32), who will make disciples of all nations (Mt 28:19–20) . . .