10 Intriguing Facts about Melchizedek from the Bible 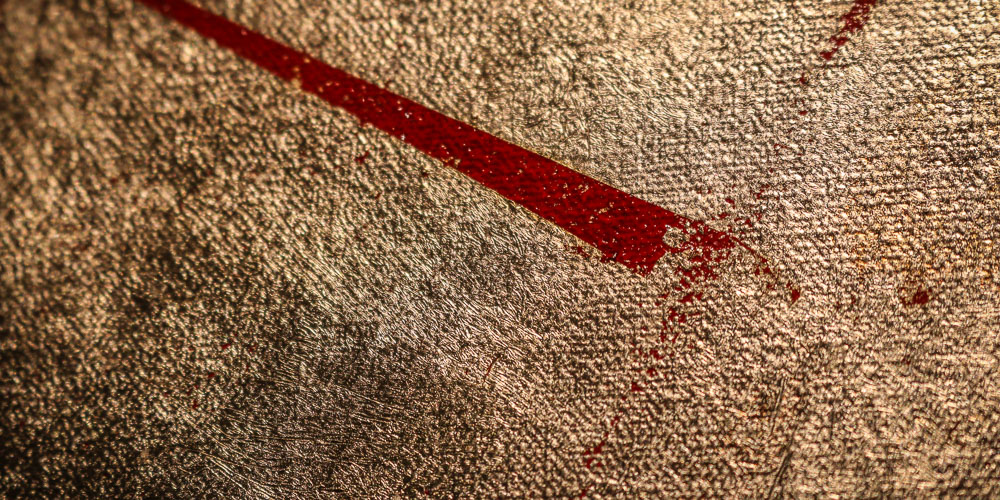 Melchizedek is one of the most intriguing characters the Bible says almost nothing about. He’s only mentioned in three books of the Bible, but that doesn’t stop people from having lots to say about this character.

He’s a mysterious figure, and I’ve found that mysterious Bible figures (like Michael the archangel) attract a lot of speculation, which ends up spreading some extra-biblical ideas. This means that when we sit down to study someone like Melchizedek (or a passage that mentions him), we’re often looking through folklore-tinted lenses.

I’ve found that a good way to approach these figures is just to search for every time they’re mentioned in the Bible, and create a list of observation-level facts. (Logos Bible Software makes this super easy, by the way.)

When I was working on a guide to the Book of Hebrews, I noticed that letter gives some attention to Melchizedek. So I took a break from that project to make a laundry list of biblical Melchizedek facts.

Here’s the high-level rundown. I go into more detail below.

Here’s a big ol’ list of things the Bible tells us about one of its hardest-to-spell characters.

1. Only three books of the Bible mention Melchizedek

The books Melchizedek is mentioned in are Genesis, Psalms, and Hebrews.

The Genesis account introduces Melchizedek near the beginning of Abraham’s story (more on this later). Melchizedek is introduced as a king during the time of Abraham.

The Old Testament is silent about him until the book of Psalms, which alludes to him when describing a royal priesthood. This is probably a good sign that the figure of Melchizedek had retained some religious significance to Abraham’s descendants.

Much later, in the book of Hebrews, Melchizedek is shown as a case study for Jesus’ priesthood.

2. The New Testament says more about Melchizedek than the Old Testament

Melchizedek is first mentioned in the Old Testament, and so you might expect the OT to have more to say about him than the NT. But that’s not how it shakes out.

Compared to the New Testament, the Old Testament doesn’t say a whole lot about Melchizedek. His role in the Bible takes place in a span of just a few verses in Genesis, but the author of Hebrews unpacks his significance in great detail.

Just to give some perspective, Melchizedek’s name is mentioned 10 times in the Bible: once in Genesis (Gn 14:8), once in Psalms (Ps 110:4), and the rest are in Hebrews.

Or to put it another way, the writers of Genesis and Psalm 110 give us four verses about Melchizedek. The author of Hebrews spends all of chapter 7 discussing his priesthood.

We first meet Melchizedek right after one of the less-famous stories of Abraham in the Bible.

After God called Abram from Ur of the Chaldeans (but before his name was changed to Abraham), the patriarch finds himself in an interesting situation: his wealthy nephew Lot has been kidnapped.

Chedorlaomer, the king who had been controlling the city-states of the region was off conquering the nearby world. While he’s on slay-cation, five of the vassal kings back home rebel—including the king of Lot’s town. As you can imagine, Chedorlaomer (we’ll call him “Ched”) isn’t too thrilled to come back home and see that the mice have been at play.

So Ched drives the five rebel kings into hiding, then takes the spoils from Lot’s city. Unfortunately for Lot, his family and herds are part of Ched’s spoils of war. So Ched makes Lot his prisoner and moves on.

But Abram’s not too happy about this. So he takes 318 trained warriors, beats Ched in battle, and takes Lot (and the spoils) back to Canaan with him. It’s at this time that Melchizedek meets Abram and blesses him.

4. Melchizedek has no recorded family

The author of Hebrews makes a pretty big deal out of this. He contrasts the lineage-based priesthood of Aaron with Melchizedek, who has no recorded birth or death or anything (He 7:3, 8).

This is where the discussion on Melchizedek gets really interesting, and goes in many different directions. Was he just a righteous man? An apparition of Jesus before he was born in the flesh (called a “theophany”)? An angel sent to govern the city of Salem?

Of course, that’s not really the author’s point. The author of Hebrews is more interested in showing off Jesus’ superior priesthood to the Hebrew Christian converts.

I wrote The Beginner’s Guide to the Bible to give people an overview of what the Bible is, what it’s for, and what it’s all about. I explore how each of the Bible’s 66 books fit into the big picture, and you’ll walk away with enough knowledge to have a thoughtful conversation about the Bible with a pastor, an atheist, or anyone else.

5. Melchizedek was a priest of God Most High

We get this from Genesis (Gn 14:18). A priest is someone who performs religious rituals for divine beings on behalf of people. They also frequently offer sacrifices and do other things on behalf of humans.

In a way, priests are human go-betweens. They serve gods on behalf of humans, and humans on behalf of gods. This usually means priests are held to a different standard than other humans—so that they can be ritualistically pure enough to interface with divine beings. The books of Exodus and Leviticus give us a good look at some of the requirements God and Moses had for the Hebrew priests.

We’re not sure exactly what kind of rituals Melchizedek performed—but it’s probably safe to assume that blessing people on behalf of God was one of them, because …

Abram has just returned from defeating four kings in battle, and Melchizedek brings out bread and wine for the hero. Then Melchizedek blesses Abram:

Blessed be Abram of God Most High,

Possessor of heaven and earth;

And blessed be God Most High,

Melchizedek recognizes that Abram has aligned himself with the God above all other gods—and blesses both Abram and their mutual Creator.

7. Melchizedek is the king of Salem

Salem was a city-state in the land of Canaan. “Salem” means “full, complete, safe, whole, peaceful.”1  (Not to be confused with selah, which I’m pretty sure means “air harp solo.”) The author of Hebrews calls attention to this when likening Melchizedek to Jesus—Melchizedek was the king of “Peace,” which makes us think of another Prince of Peace we know (He 7:2).

This is interesting for a few reasons. Remember the whole rebellion with King Ched that started this mess? Well, Ched had three loyal kings on his side, and five disloyal kings fighting against him. Each of these kings seems to have ruled some kind of city-state area—but guess which city never enters the fray?

Salem. The city seems to live up to the “safe” and “peaceful” parts of its name.

This is also interesting because the ancient town of Salem later becomes known as Jerusalem—which is where the temple of God that Solomon built would stand.

You can see how the author of Hebrews would be especially keen on connecting Jesus to Melchizedek. Jesus is the son of David, the king of Jerusalem. And Jesus is the high priest of a new covenant—much like Melchizedek was a priest.

The author of Hebrews brings this up in his argument for Christ’s greatness (He 7:2). The name comes from two Hebrew words: malak (king, ruler) and sadaq (righteous, just, innocent). It’s a pretty cool name.

9. The order of Melchizedek is royal and everlasting

The 110th Psalm is a Messianic prophecy that tells us two things God promised to do for Jesus: make Jesus the king in Zion and make Jesus a priest.

The LORD has sworn and will not change His mind,

“You are a priest forever

According to the order of Melchizedek.” Ps 110:4

And of course, the permanence of Melchizedek’s priestly order is pretty important to the author of Hebrews, since Jesus is the resurrected great high priest of the new covenant between God and man.

10. Melchizedek was greater than Abraham and Aaron

The author of Hebrews argues that when it comes to really outstanding human beings, Melchizedek trumps Abraham (He 7:7)—so much so that Abraham gave Melchizedek a tithe of all the spoils Abraham collected on his mission (Gn 14:20; He 7:4). And if Abraham looked up to Melchizedek, and Aaron looked up to Abraham, that puts the order of Melchizedek a deal higher up the totem pole than Aaron’s priesthood.

Want to know more about Melchizedek and the book of Hebrews?

You can download a Hebrews study guide that looks at Melchizedek and the rest of Hebrews in more detail—and coaches you through studying Hebrews yourself. For a 3-minute read, explore this quick overview on Hebrews.

More of a visual learner? Here’s an infographic on Hebrews. You can also take a look at this illustration based on the theme verse of Hebrews.