6 biblical facts about Michael the archangel 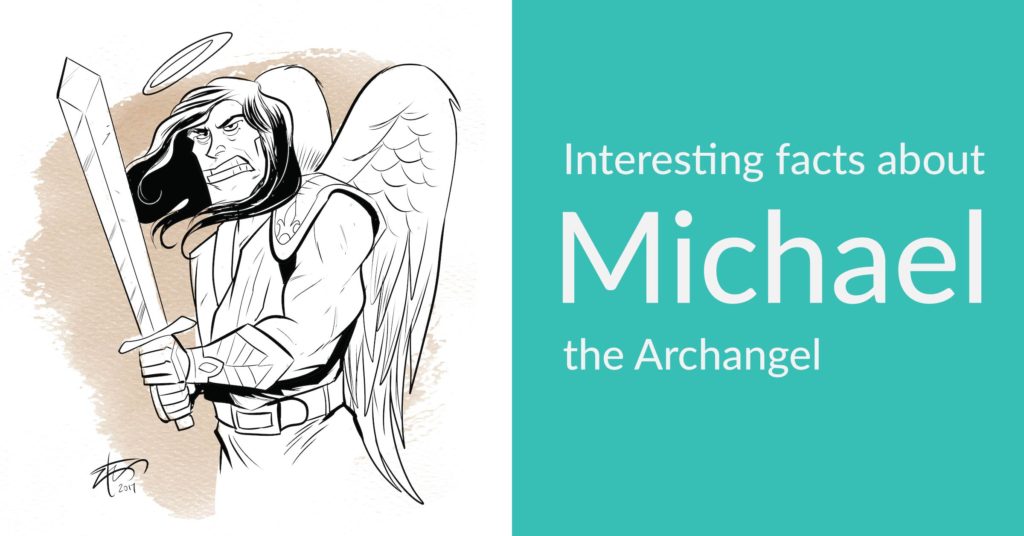 Next to Gabriel and Satan, Michael is probably the most famous angelic being in the Bible. And since we find angels so fascinating, there’s been lots and lots of talk about Michael through the centuries. He’s become such a legendary character, it’s often hard to discern whether what we’ve learned about Michael is from the Bible or elsewhere.

We know that Michael is an archangel, but what does that mean? What has he accomplished, what are his responsibilities, and where does he fit into God’s heavenly host? 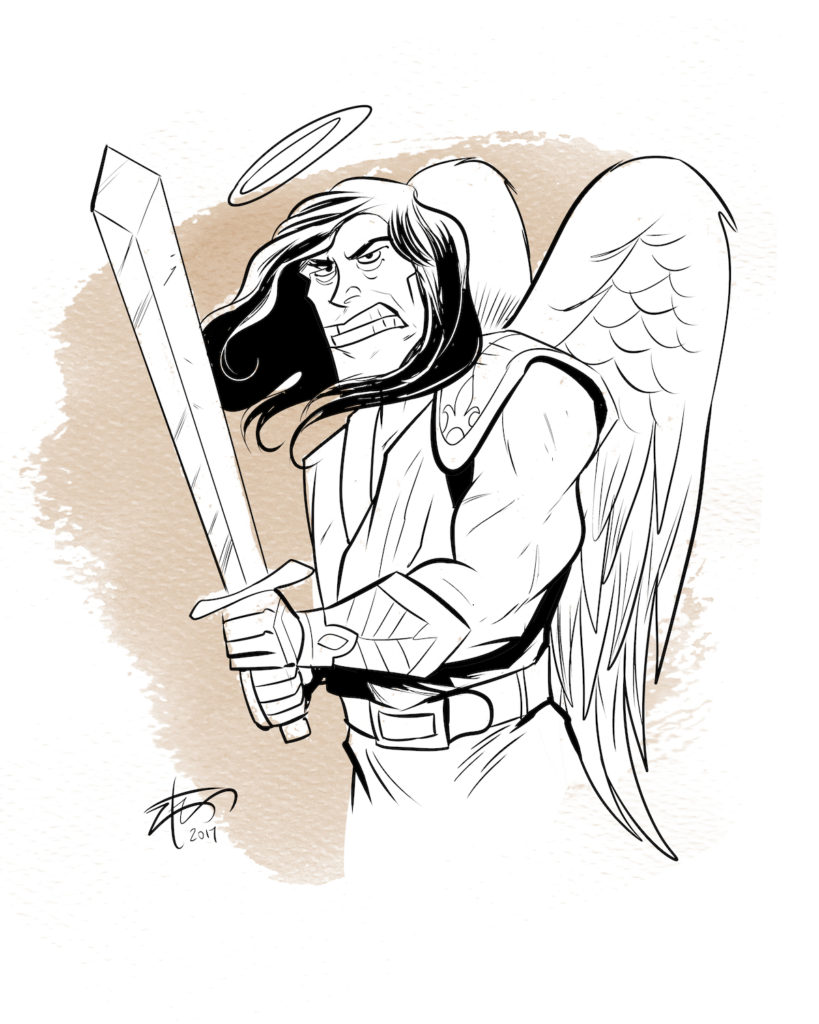 Artwork by one of my favorite cartoonists: Ethan Nicolle.

Legend is interesting, but we need to know what the inspired Word of God says.

7 biblical facts about the archangel Michael:

1. Michael is the only one the Bible calls an archangel

We’re told Michael’s title in Jude 9.  The Greek word for “archangel” (archággelos) means “chief angel” or “chief messenger.” The word “archangel” isn’t use to describe him in the Old Testament, but another angel calls him one of the chief princes (Dan 10:13).

Calling Michael “one of the chief princes” implies that Michael has peers. However, if there are any other archangels, the Bible doesn’t tell us who they are.

In Daniel’s last vision, an angel describes how the last days will play out for the Jews. It is at this time that Michael, “the great prince who stands guard over the sons of your people will arise” (Dan 12:1). The angel also refers to Michael as Daniel’s prince (Dan 10:21). The Bible doesn’t say what “standing guard” entails, but it’s very clear that Michael has special responsibilities for Israel.

Jude mentions that Michael argues with Satan about the body of Moses (a nod to a Jewish tradition). Unfortunately, we’re not given any more information on what that argument was about. Jude does tell us that Michael wasn’t so bold as to pronounce a “railing judgment” (the Greek word for “railing” is often translated “blasphemous” or “defaming”) against the devil. What he does say is interesting enough to merit a fact to itself . . .

4. Michael only says four words in the Bible

Well, three Greek words that are often translated into four English words. In Jude 9, Michael says to Satan, “The Lord rebuke you!”

5. Michael is a military commander of some angels

In John’s apocalypse, he sees a great war in heaven: Michael and his angels vs. the dragon (Satan) and his angels. The devil and his forces are too weak to remain in heaven, however, and so they are all thrown down to earth (Rev 12:7–9).

6. Michael battles the patron angels of other nations

In Daniel chapter 10, the prophet fasts, humbling himself before God and praying for understanding regarding the Jews’ future. An angel finally appears to him 21 days later, and explains the delay: the “prince of Persia” had been opposing him the whole time, and it wasn’t until Michael relieved the angel that he could continue his trip to Daniel. The angel stays with Daniel long enough to give an outline of future events for the Jews, but must return to fighting the prince of Persia (and the prince of Greece will soon join the fight, too). Only Michael supports this angel against these forces (Dan 10:21).

As it turns out, the Bible doesn’t say very much about Michael the archangel. Most of what we’ve heard is probably derived from extrabiblical sources. That might frustrate our curiosity—then again, God didn’t have to reveal anything about Michael, the existence of archangels, etc. But God has graciously given us a glimpse at behind-the-scenes actions and personalities in the spiritual realm.

Still, angels are fascinating, and the mystery of Michael the archangel will probably give my imagination a lot of exercise for years to come.

Want to know more? I’d suggest reading the book of Daniel—this book mentions Michael more than any other book of the Bible.