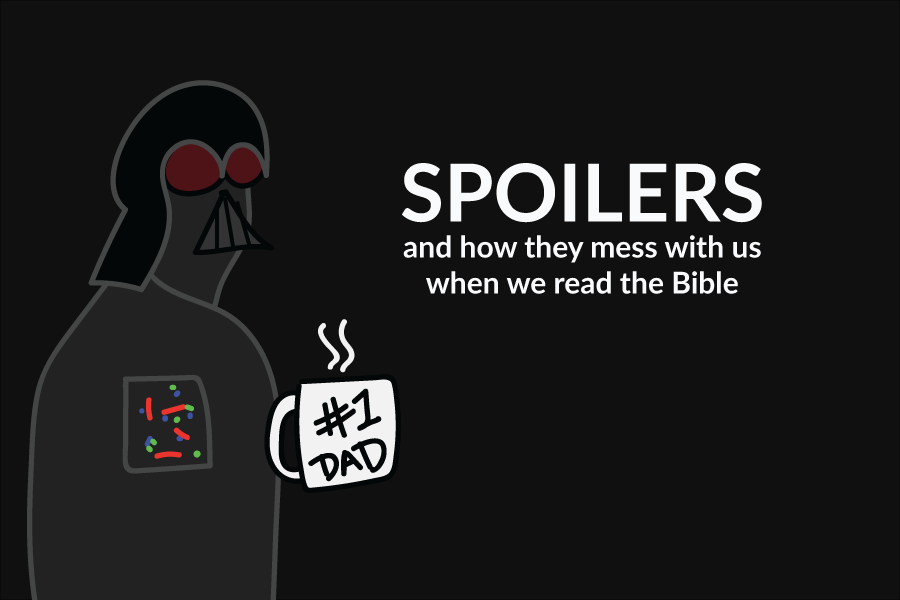 We’re in a privileged position.

The Hebrews had to wait decades (or centuries) for prophets to show up and tell them what God had to say. And on top of that, there was time that passed between a prophet’s ministry and their writings being included in the Scriptures.

The early Church had it a bit easier: most of the documents that became our New Testament were written in the first 50 years after Jesus’ resurrection. And the Christian leaders didn’t waste much time spreading those documents around.

But us? We get to reference every book from Genesis to Revelation all at once. Many of us are even free to buy, read, talk about, and blog about the Bible publicly.

I’m grateful for this. But it also comes with a few drawbacks.

One of those drawbacks rears its ugly head a lot, especially when we read the Old Testament: We know the spoilers.

We know the spoilers of the Bible

Who is the Messiah? It’s Jesus.

Who is the true King of the Jews? It’s Jesus.

Most people reading this can fill in the blanks of the following sentence:

And if you couldn’t before, you could definitely do it now:

And what happened three days later? You know it. He rose again.

The story of Jesus’ death and resurrection is (thankfully) one of the most widely-known Bible stories.

(Which is good, because it’s a lot more crucial than Noah’s ark or David’s fight with Goliath.)

However, these spoilers can mess with our ability to read, understand, and appreciate the Bible—especially the Old Testament.

Because that’s what spoilers do.

Some of you got to experience a world I will never know. You lived in a world that didn’t know Darth Vader was Luke’s father.

So when you watched Star Wars for the first time, (I imagine) it was like this: 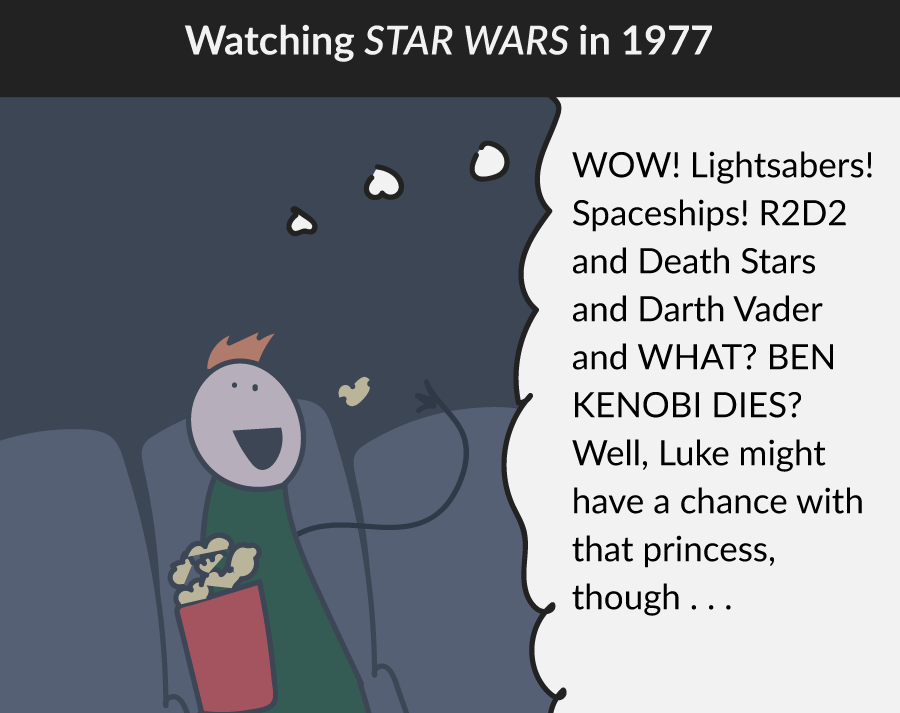 So when The Empire Strikes Back dropped, you were like . . . 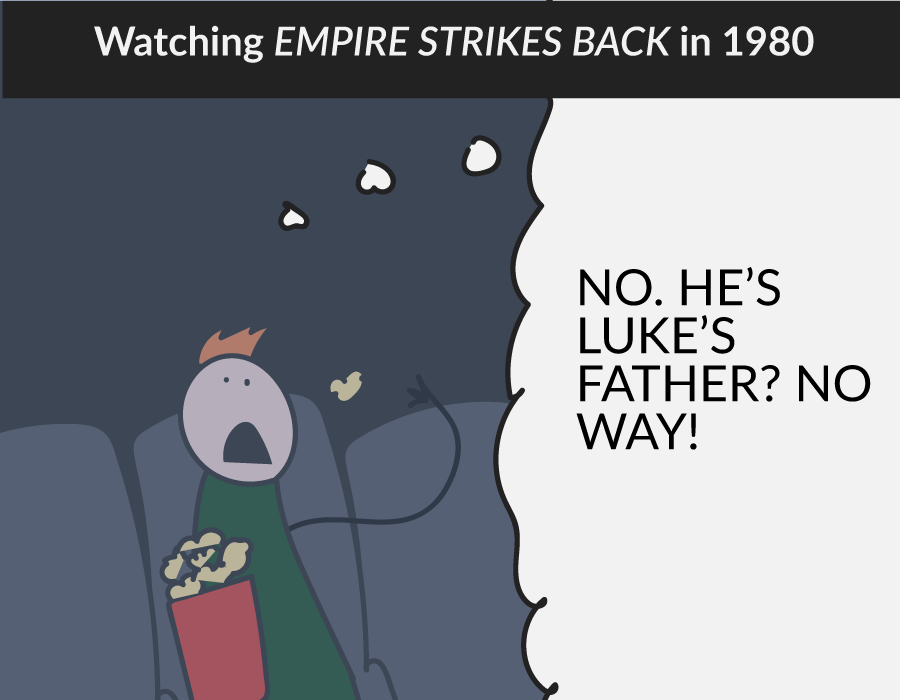 And you learned some neat little family stuff in The Return of the Jedi. 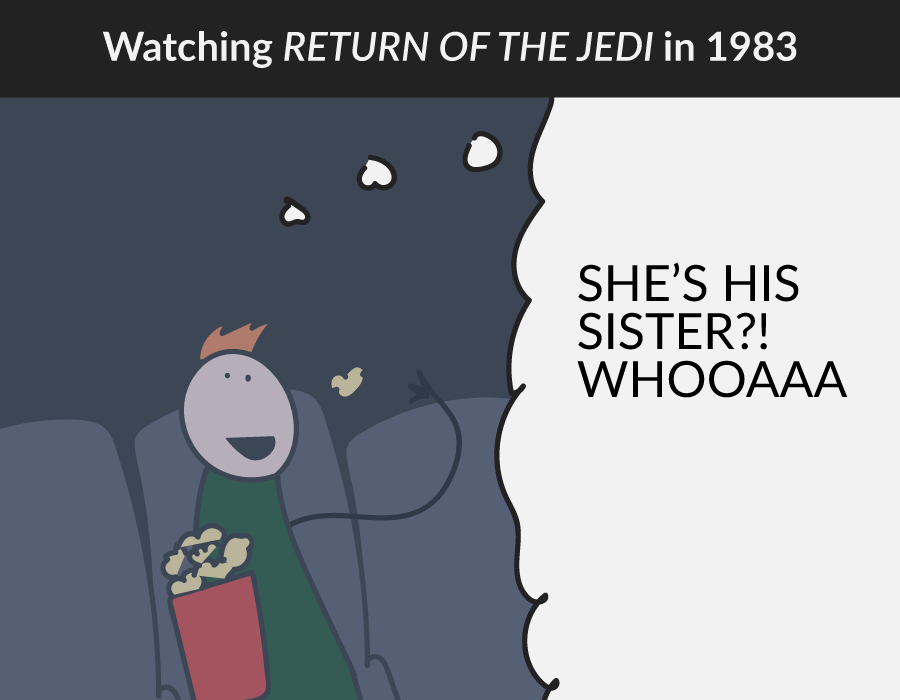 That was a different world.

In contrast, one of the first things I learned about Star Wars was that Darth Vader is Luke’s father. I never knew anything else to be the case. It was just common knowledge. 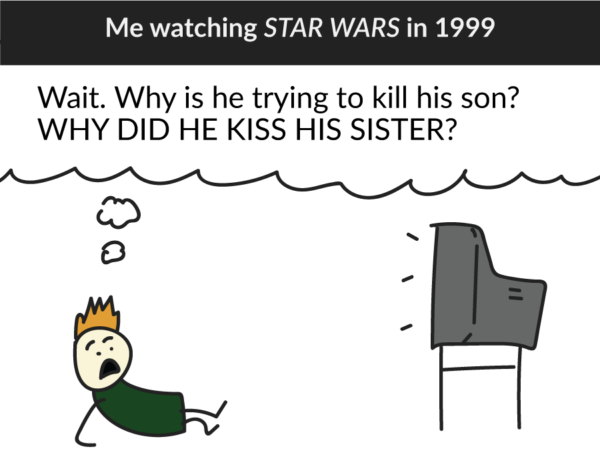 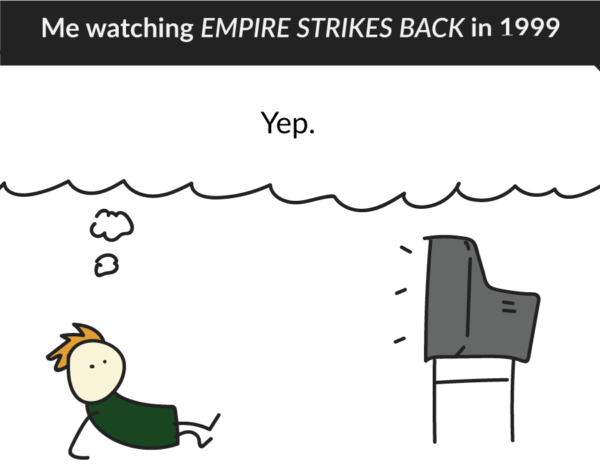 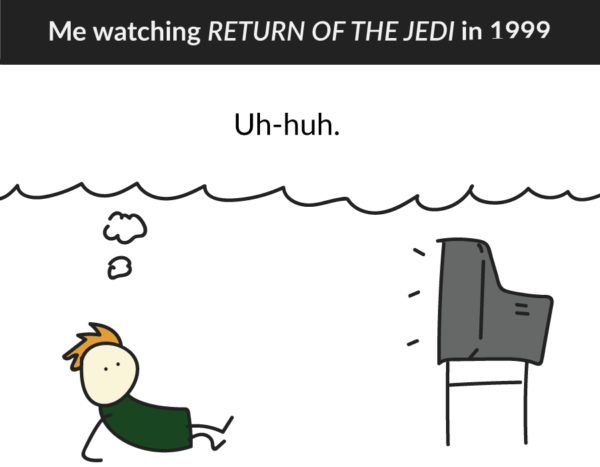 (I’m dating myself here, but hey, you had to find out I was a young whippersnapper sometime.)

See what I mean about spoilers? Because I already knew so much of the story, I didn’t absorb the story the way the movies were originally delivered.

We do this with the Bible all the time

We know so many of the spoilers, and so we often end up reading the Bible like this: 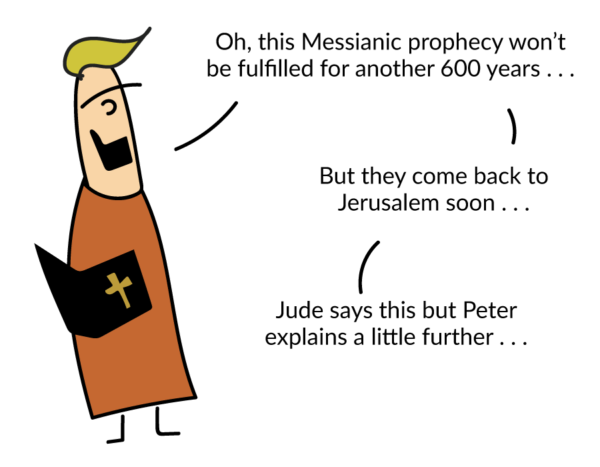 . . . which isn’t necessarily bad. But it’s a layer of separation between us and the original authors and audiences of Scripture.

We can’t change this.

We don’t have to. And we shouldn’t want to. I, for one, am very happy to live this side of the New Testament canon!

But we should recognize this when we’re reading the Bible.

2 anti-spoiler questions to ask when reading the Bible

Fortunately, there are a few ways for us to get past some of our own spoilers. I’ll share two big questions that I ask myself when reading the Bible.

1. What did the author already know?

This is important, because I need to understand where the author is coming from as he composes (or edits) the book I’m reading.

After all, these authors have no idea what books of the Bible have yet to be written. And even the prophets don’t have 100% clarity on what’s happening in the future. 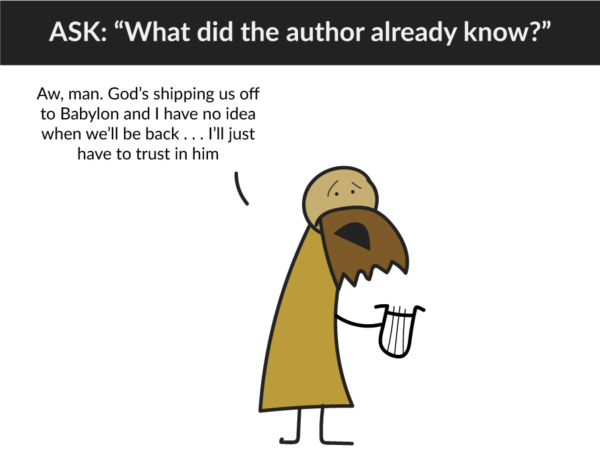 What does he do in response? He pens a psalm with this line in it:

Yet I will wait patiently for the day of calamity
to come on the nation invading us. (Hab 3:16)

That doesn’t sound like someone who knows that [SPOILER ALERT!] God is going to overthrow Babylon and bring Judah back to Jerusalem after 70 years in captivity.

If we read this book with Habakkuk’s ignorance in mind, we can better grasp the kind of faith the righteous are called to live by—which is the whole point of the book (Hab 2:4).

Now for the second question:

2. What did the original audience already know?

It also helps to figure out how much Scripture the original readers had access to.

This is important, because God didn’t just sprinkle the books of the Bible across history in a way that only edifies those of us who live after the canon was arranged. His words were given to specific people at specific times for specific reasons.

We need to know who those people were, and what context they had for the words they received.

For example, if you were to talk to a Hebrew during Isaiah’s time about poetry in Scripture, your conversation might include these snippets: 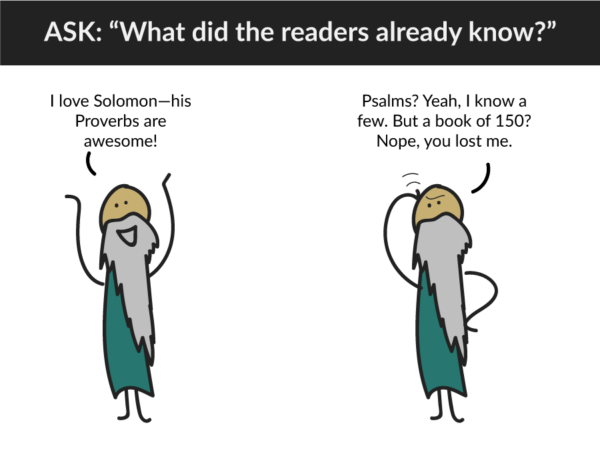 (BTW: I recently discovered a really great study Bible for answering these two questions. You can hear me rave about it here.)

Be thankful—but be aware of spoilers

Like I said before, I’m very, very grateful to live in a time when I have access to the whole Bible. You should be, too.

But if we read the Bible without recognizing that we know the spoilers (especially when we read the Old Testament), we’ll be overlooking a great deal.