Why are verses missing in some Bible translations? 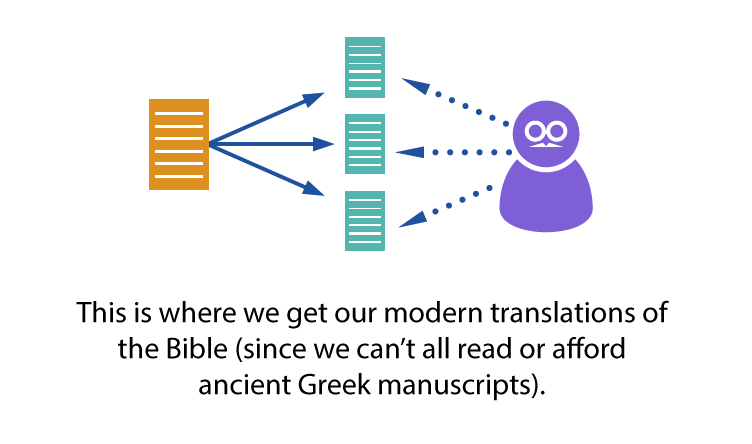 English Bible translations get updated from time to time, and that means the Bible, as we read it, can change. And these aren’t just updates that change “thee” and “thou” to “you.” These can be rather substantial:

Often our first response (mine too sometimes) is, “Why?! Who’s gutting the Word of God? Who’s messing with the Scriptures? LEMME AT ‘EM!”

Well, the issue comes down to the concept of textual criticism. Unfortunately, it’s a concept that doesn’t come up much in church, or in small group, or in Sunday school.

Textual criticism is examining old manuscripts to find the best way to communicate what the original authors meant.

Obviously, there’s a lot more to it than that. A LOT. It’s a process that involves scholars (who have dedicated their lives to studying ancient Greek and Hebrew documents) poring over countless ancient manuscripts to help us hear and read and know what the biblical authors had in mind.

It’s a touchy, heady concept, so I tried to do some digging for an infographic that explained how it works. Then I grew impatient and made my own. :-)

Here’s a high-level, illustrated explanation of what textual criticism is. (The stats are from a 2012 interview between Justin Taylor and Daniel B. Wallace.)

If you find this helpful, please share it. We Christians need to understand how the Bible is translated!