5 Biblical Facts about the Virgin Mary 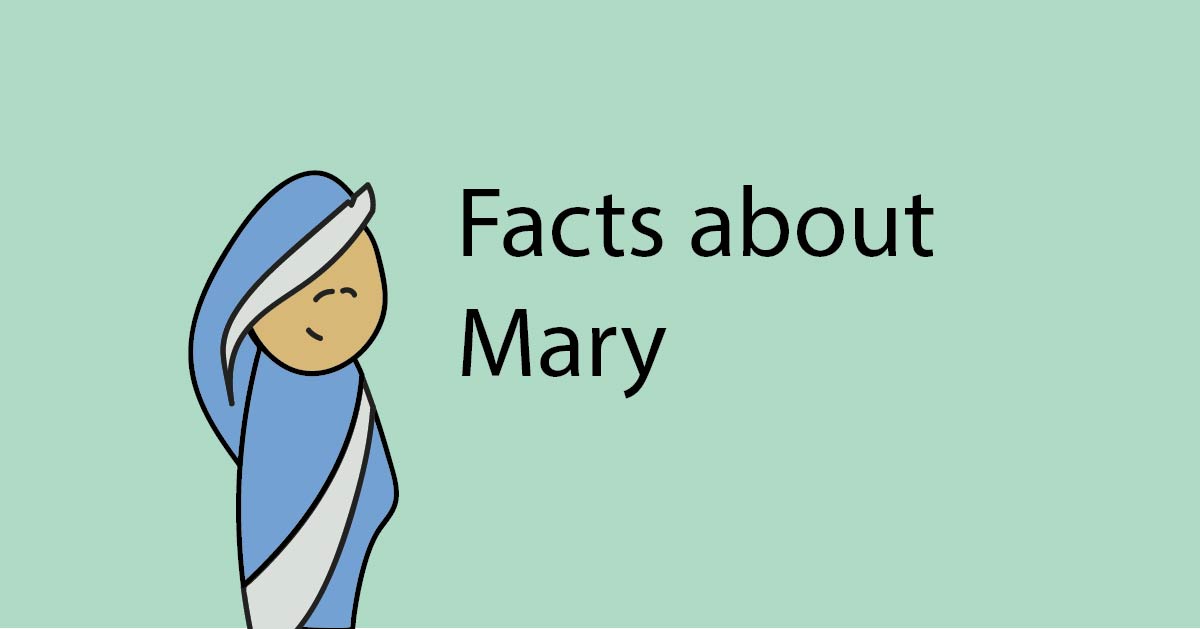 She’s at the center of most Christmas stories, and apart from maybe Eve, she’s the best-known woman from the Scriptures. She’s Mary, the virgin mother of Jesus.

Christians have had a lot to say about Mary through the ages. Beliefs about Mary vary greatly. To some, she’s a normal young girl whom God chose to bring his Son into the world. To others, she’s the sinless object of prayer and adoration, who is practically perfect in every way. (Oh wait: I’m thinking about a different “Mary.”)

How about a closer look at some things we can learn about Mary from the Bible?

1. Mary is (probably) from the tribe of Levi

The nation of Israel began with a man named Jacob, who had 12 sons. Each of these sons had more descendants—eventually leading to a single nation of 12 tribes (Gn 49:28). A few of these tribes achieved certain significance in the story of the Bible, the two most significant being Judah and Levi.

Judah was the tribe of the great king David. This is the tribe from whom all the kings of Jerusalem came. It’s the tribe Jesus is legally associated with (Mt 1, He 7:14).

Levi was the tribe of the priests. Only Levites could serve in the temple of God.

Even at the time of Mary, more than 1,500 years after Jacob, every Jew traced their lineage back to one of these twelve individuals. Mary’s relatives, Zechariah and Elizabeth, were Levites (Lk 1:5, 36).

And not just any Levites! Elizabeth was a descendant of Aaron: the first high priest of Israel and the older brother of Moses.

That’s what I originally thought, too. However, I’m not 100% convinced. Here’s why:

2. Mary is favored by God

One thing the book of Luke emphasizes about Mary is how blessed she is. The angel Gabriel tells her twice that she is “favored” by God. In fact, watch how Gabriel says “hello” to Mary for the first time:

Now, a strange, celestial being has shown up in Mary’s home, and Mary is troubled by it at first. But Gabriel tells Mary not to be afraid, and repeats that she has “found favor with God.” (Lk 1:30)

The word for “favored” Gabriel uses means, “to bestow grace on.” This word is only used one other time in the Bible, when Paul is telling the Ephesians about the grace bestowed on the adopted Gentile Christians (Eph 1:5–6).

3. Mary is blessed by women

Twice in the Bible, a woman declares Mary to be blessed. The first time is when Elizabeth (John the Baptist’s mother) meets Mary. They are both pregnant with very special children, and when Elizabeth hears Mary arrive, the baby leaps for joy in Elizabeth’s womb.

Elizabeth then says of Mary:

Blessed are you among women, and blessed is the child you will bear! (Lk 1:42)

Then, later in the book of Luke, Jesus heals a man who is being oppressed by a demon. His opponents say that this proves Jesus is in cahoots with the devil, which Jesus says is nonsense.

Then a woman calls out:

But then Jesus shoots back, “Blessed rather are those who hear the word of God and obey it.” (Lk 11:28)

4. The virgin Mary is praised for her faith

When Gabriel first tells Mary that she will bear a son, Mary asks how that is even possible. She’s a virgin!

Then Gabriel tells Mary that the Holy Spirit will come upon her, and the power of God the Father will overshadow her. And then she will bear the Son.

Mary believes the angel, and submits to the will of God, saying, “May your word to me be fulfilled.” (Lk 1:38)

Blessed is she who has believed that the Lord would fulfill his promises to her! (Lk 1:45)

Now, a quick note here. There’s another person in the Bible who was promised a son by God. And this son was also to be born under miraculous circumstances, and through him, God would bless the whole world (Gn 12:2–3).

This person believed God, and because of his faith, God considered him righteous. That man was Abraham, the believer (Gn 15:6; Gal 3:6–9).

That significance doesn’t seem to be lost on Mary, who cites God’s promises to Abraham in the Magnificat:

He has helped his servant Israel,
Remembering to be merciful
To Abraham and his descendants forever,
Just as he promised our ancestors. (Lk 1:54–55)

After Jesus is born, Joseph and Mary take him to the temple in Jerusalem to consecrate him to the Lord. And according to Levitical law, Mary and Joseph make an offering of two turtledoves (Lk 2:22–24).

This may be an indicator of Mary’s and Joseph’s social class. Luke is quoting a passage in the book of Leviticus about offerings a mother should present after having a son. The default offering is a one-year-old lamb and a single turtledove. But if the mother can’t afford a lamb, another turtledove (or pigeon) would do (Lev 12:8).

One interesting thing to note: in the book of Leviticus, the second turtledove is a “sin offering,” a sacrifice specifically made to seek forgiveness and cleansing from sin. You can read all about these in Leviticus 4–6.

This website uses cookies to improve your experience while you navigate through the website. Out of these, the cookies that are categorized as necessary are stored on your browser as they are essential for the working of basic functionalities of the website. We also use third-party cookies that help us analyze and understand how you use this website. These cookies will be stored in your browser only with your consent. You also have the option to opt-out of these cookies. But opting out of some of these cookies may affect your browsing experience.
Necessary Always Enabled

Any cookies that may not be particularly necessary for the website to function and is used specifically to collect user personal data via analytics, ads, other embedded contents are termed as non-necessary cookies. It is mandatory to procure user consent prior to running these cookies on your website.