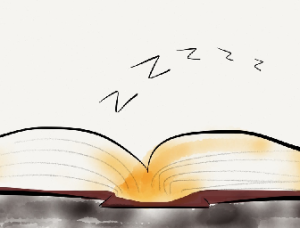 We’ve heard plenty of jokes about how boring certain sections of the Bible can be, and First and Second Chronicles tend to be the punch line. If you’ve ever tried to read these books of the Bible, you have a good idea why. They’re long—full of genealogies and records of kings.

It’s still the Word of God, however, and Paul considered all Scripture to be profitable (2 Ti 3:16–17). But although it’s equally inspired, I don’t think all Scripture is equally fascinating—at least not at the surface level.

In fact, it makes sense that the books of Chronicles are some of the least popular books of the Bible:

That’s right: it took some work, but the more I studied First and Second Chronicles, the more interesting they became.

Truth be told: I was not looking forward to writing an overview of First and Second Chronicles. In fact, I overviewed First and Second Kings and then took a break to work on some of Paul’s epistles before circling back around to it. But when I finally did get to these books, something strange happened: I couldn’t stop reading. I stayed up until 1:30 a.m. one night reading First Chronicles. I’d never been so absorbed in the Chronicler’s account before.

What had changed? I was reading these books in the context of God’s covenants with Israel—a perk gained from writing overviews of other books of the Bible:

The Chronicles are by no means the most fascinating books of the Bible to the modern English-speaking reader, but they don’t have to be written off as the boring segment of our Bibles, either.

What are your thoughts on the Chronicles? Is there another book that’s difficult to find interesting? Let me know in the comments!