Ezra: Israel returns to her foundations

After 70 years in exile, the people of Israel were coming back home. The new Persian emperor Cyrus had decreed that they return to Jerusalem and rebuild the temple of their God—which had lain in ruins the whole time (Ezr 1:1–4).

Zerubbabel and Jeshua, descendants of King David and Aaron the priest, answer the call to rebuild the house of God.

But the temple wasn’t the only thing that needed attention. Many of the returning Hebrews had forgotten God’s laws—and were disregarding them in front of the people. They needed to remember the covenant they’d made with God. They needed to remember why they were in their situation: why they had to go to Babylon (which you can read about in Kings and Chronicles), and why they’d been allowed to come back. The temple needed a new foundation, but the people needed to return to the foundations of their faith, too.

Ezra, the scribe, answers the call to teach Israel the ways of God again (Ezr 7:10).

The book of Ezra chronicles both stories: rebuilding the temple and remembering the law. This account weaves together several categories of written works.

These pieces come together to tell us how God began restoring Israel.

“For we are slaves; yet in our bondage our God has not forsaken us, but has extended lovingkindness to us in the sight of the kings of Persia, to give us reviving to raise up the house of our God, to restore its ruins and to give us a wall in Judah and Jerusalem.” (Ezr 9:9)

Ezra’s role in the Bible

Ezra calls attention to Israel’s covenant history with the Lord. God had made promises to Israel through Moses:

The people disobeyed, and God kept His promise (Ezr 9:7). However, God had made another promise: He would gather Israel back to her land after He had punished her (Dt 30:3). The book of Ezra shows us how God kept that promise.

Ezra is also traditionally credited with writing the books of First and Second Chronicles. If this is true, then Ezra is the second most prolific author of the Bible (after Moses). 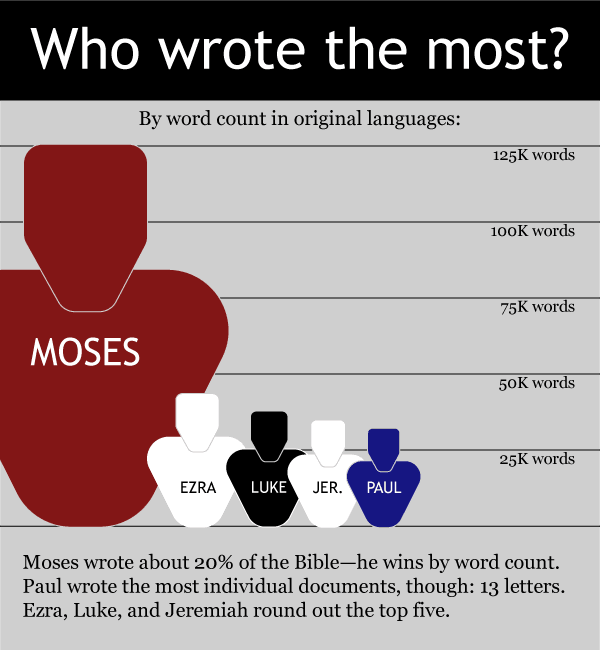