Joel: locusts and the day of the Lord 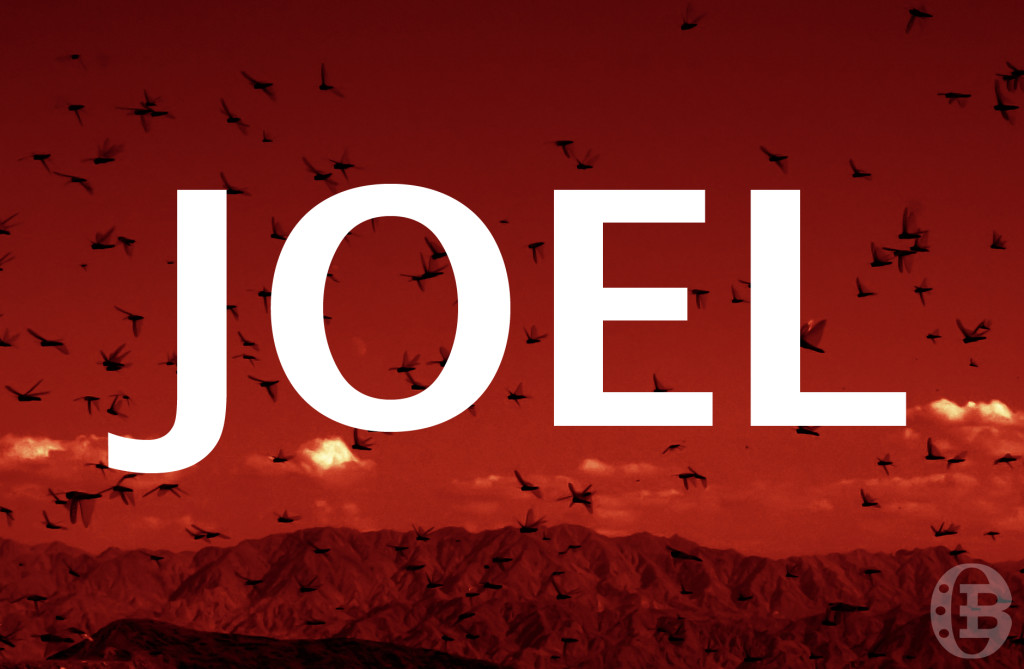 What is Joel about?

A devastating swarm had come to Judah, the Southern Kingdom. This was no small infestation; the people had never seen anything like it:

The day of the Lord was upon them. When God was delivering Israel from slavery in Egypt, He sent a plague of locusts on the Egyptians’ crops. Now, hundreds of years later, He was judging His people with the same kind of plague for straying from Him.

Joel explains to the people what the Lord wants from them: repentance. The Lord would soon have His day, both with Judah and the whole world. Joel’s message has two strong points:

God disciplines His people, but He also defends them. Joel says that although Judah is under God’s wrath right now, in the future holds many exciting things for the people of God:

Joel’s message is stern for the disobedient, but it also highlights God’s love and desire to be with His people. Rather than let them starve after sending the locusts, God sends Joel to direct their hearts back to Him.

“Yet even now,” declares the LORD,
Return to Me with all your heart,
And with fasting, weeping and mourning;
And rend your heart and not your garments.”
Now return to the LORD your God,
For He is gracious and compassionate,
Slow to anger, abounding in lovingkindness
And relenting of evil. (Joe 2:12–13)

Joel’s role in the Bible

But we do know how some of the early Christians interpreted a few of Joel’s lines. In the book of Acts, the Holy Spirit comes upon the apostles and they began speaking in tongues (on the day of Pentecost ). Peter explains that this is what Joel prophesied about in Joel 3:28–32.

Of all the Old Testament books, Joel has the highest concentration of imperative verbs: 1.1% of the Hebrew words are commanding verbs.